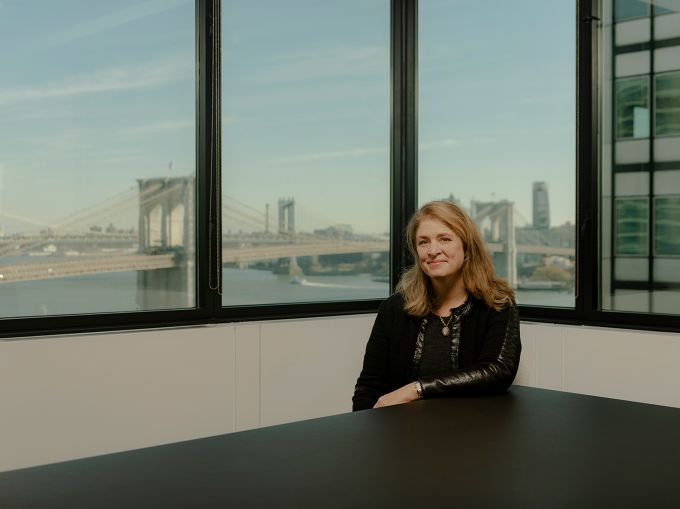 After five years shaping New York City’s real estate policy as deputy mayor for housing and economic development, Alicia Glen is back in the private sector and developing affordable housing under her own banner at MSquared.

The former head of Goldman Sachs Urban Investment Group launched her firm in the summer of 2020 and has since invested in affordable projects in Newark, N.J., and Austin, Texas, and in Inwood in upper Manhattan.

In October, the 54-year-old lifelong Upper West Sider’s company announced it had closed a $108 million round from institutional investors — including Citigroup and her former employer, Goldman Sachs — for a private equity fund that will invest in affordable housing around the country.

Now she is in the midst of raising $200 million from smaller investors and family offices for a second affordable housing fund. Commercial Observer got on the phone with Glen in November to discuss what she’s up to, what markets she wants to invest in, and how Mayor-elect Eric Adams should tackle the city’s housing crisis when he takes office next year.

Her comments have been edited for length and clarity.

Commercial Observer: What is MSquared working on right now?

Alicia Glen: We’ve started finding projects and developers that meet what our objectives are in terms of the product — and that really is projects that have a real mixed-income component. There are market-rate units and units that are set aside for people with different income levels. We have a massive housing crisis in most of our metro regions. What we’re trying to do is break down some of the market and social barriers for pure-play affordable housing and high-end market-rate housing.

We’ve got a big one here in New York — which will really epitomize our strategy, mixing market-rate units in a place where there hasn’t been much housing production in half a century, with units mixed in for people with a wide range of incomes. What’s important is making sure these buildings have amenities to create more vibrant and sustainable neighborhoods. This building [at 410 West 207th Street] up in Inwood — this project with Taconic [Partners], L+M [Development Partners] — it’s going to have a grocery store, local retail food and beverage, space for community arts groups. It’s going to take advantage of a big urban planning thing that’s going on up there [the Inwood rezoning], with improving parks, near two subway lines. This notion of 15-minute cities, where people can live, work and shop, and exercise all in their neighborhood — that project is emblematic of that. The project will start construction in the spring and that’s exciting.

We have a project in Austin. It’s just blowing up, it’s so popular; so Austin is in a real serious housing crisis. Like a lot of these cities, when these higher-end earners come into town, it’s harder for people who have lower-paying jobs. So this will be the first time there’s a really mixed-income building. We’re partnering with a great woman developer down there to do market-rate units alongside affordable units in this really cool building. We’re also building a public park and maybe a daycare facility in the building as well. It’s actually on the light rail line. So it’s really trying to shift the paradigm on how people in Texas move around.

So this project will be in your first fund?

We closed a fund during the summer. That is the fund we’re currently investing. The Inwood project is in that fund and, depending on when the Austin project closes, it will be in that fund.

There’s a whole other set of investors out there that are interested in real estate and impact. So we launched a second fund to target more high-net-worth individual investors, family offices, insurance companies. All of the stuff that’s sort of going on right now socially — we launched this fund, MSquared Impact Partners Fund I, to try to tap into more demand for real estate impact.

We have a really serious affordable housing crisis in the United States and there’s a ton of capital going into existing housing. That’s a big business right now but that doesn’t solve the underlying problem that we need to build more housing. We are laser focused on adding more housing units. We’re thinking about what makes a healthy community, a more equitable community, and how we address the challenges and needs of stakeholders. Look at what’s happening in the Bay Area. These are real-time issues, and we need to have more innovative solutions, and we need more capital to invest in them.

We’re also looking at Philadelphia, Memphis and Miami. There’s a growing interest in doing this kind of development. But there aren’t that many people who know how to do this, who have the experience of being on the private sector side and being in the government. Not that many developers and not that many funds — we’re pretty unique — we’re the only fund in the country that’s really focused on this particular product.

We’re actively working on a project in Newark. It’s 18 minutes from Newark to Hudson Yards. It’s like an hour from where my [adult] kids live in hipster Brooklyn. There’s such a history of segregation and disinvestment there, so building a truly mixed-income model in central Newark — people who have lived there for decades are getting pushed out — getting to do a project that’s 50/50 in Newark is impactful. We have another project there that’s more affordable, that’s a partnership with one of the hospital systems there.

It’s a little bit of an education process for developers who haven’t done mixed-income. That’s where the years of having been deputy mayor and having run this big platform at Goldman come in; it’s labor intensive but it’s proof of concept. It makes more developers and investors want to do it.

What do you think the Adams administration should be focusing on in terms of affordable housing?

A lot of the work we did in the de Blasio administration to redraw the blueprint — like mandatory inclusionary housing, changing some of the tax incentives for affordable housing — a lot of that is just beginning to bear fruit. A lot of people talk about how we have to do things differently. I hope and expect that the Adams administration thinks these changes are good ones. I hope they will stay the course; coming out of COVID the market is getting stronger. So these changes are really going to start to bear fruit — if he gets all the credit for that, God bless.

Number two is to really keep doing smart partnerships for the New York City Housing Authority [NYCHA] — that’s a big part of the city’s affordable housing stock. We made a compelling case that having more for-profit and nonprofit developers involved in rehabbing NYCHA was important.

The third thing — and I think Adams will do this, he’s always been pro-density and pro-building — the population of the city has gone up 300,000 people in the last five years. Adams should be well-positioned, given his politics and framework, to make a great case for why we should be doing more building. I think he’ll be a great mayor. I think he’ll lean into a lot of these battles.

He is going to come into office with a huge amount of goodwill and excitement about how the city’s going to continue to recover and what that’s going to look like. I think he’ll do a good job of arguing that the rezonings in general are designed to promote smart, equitable growth, infrastructure that neighborhoods need, and housing. And he’s going to get federal support. We had to push a rock up a hill.

And you feel optimistic even amid the market upheaval of the pandemic?

Rents are really rising, which is great. Rising rents mean a better tax base and a better economy. But the city is also becoming more unaffordable. I’m pretty bullish on New York right now, and the fact that we need to recover with an eye toward building new buildings. It hasn’t been completely linear in every neighborhood.

Do you have any other markets where you’re really focused on investing that have maybe been more stable during the pandemic?

A city has to have some pretty fundamental reasons why people want to live and work there. I still fundamentally think you want to be in cities where there’s diversity in every meaning of the word. Young people and companies want to be in places where people want to live, where there’s ethnic and economic diversity; and they increasingly want access to really high-quality mass transit.

What are you thinking about in terms of the future?

We have to think differently; we have to build differently than we have been in order to shake things up in a different way. We have to think about who we’re designing for. The real estate sector has been so homogeneous. Part of the reason people are so anti-development is that developers and financiers are not representative of who lives in these cities.

And we are building a big platform here that’s really focused on diversity and affordability in all of its manifestations. I feel like this is what I’m meant to do, and I’m so happy that there’s been receptivity from the marketplace.