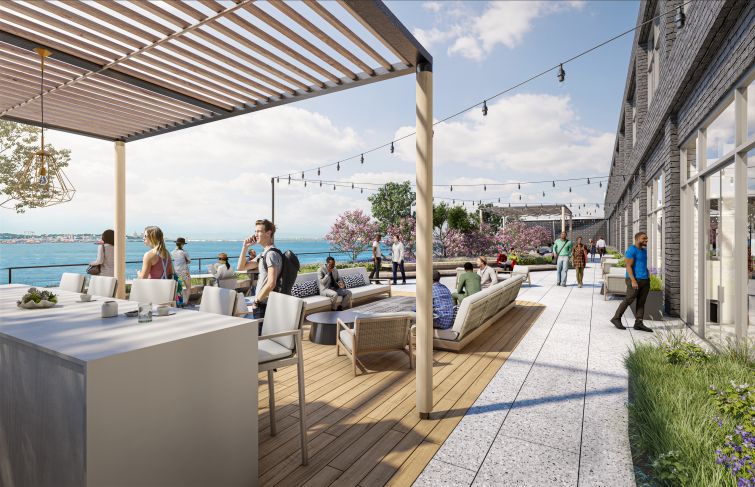 The second floor of The Whale is being renovated into an amenity floor that includes a 10,000-square-foot terrace and an indoor/outdoor conference center. Rendering: Neoscape 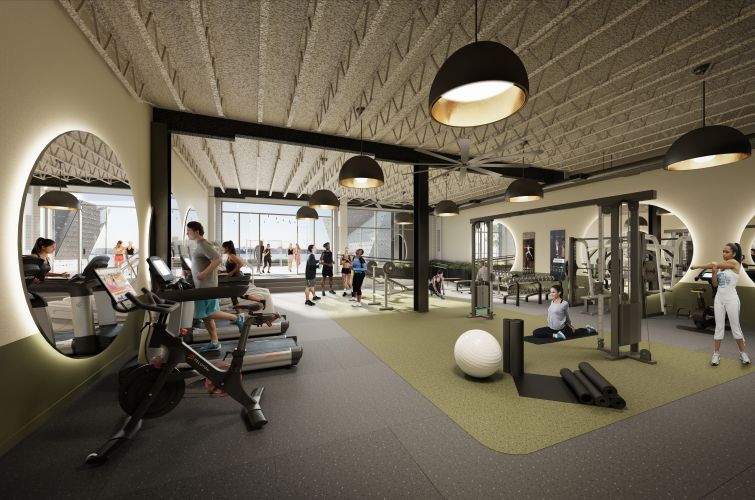 The amenity floor will also include a gym with showers and locker rooms. Rendering: Neoscape 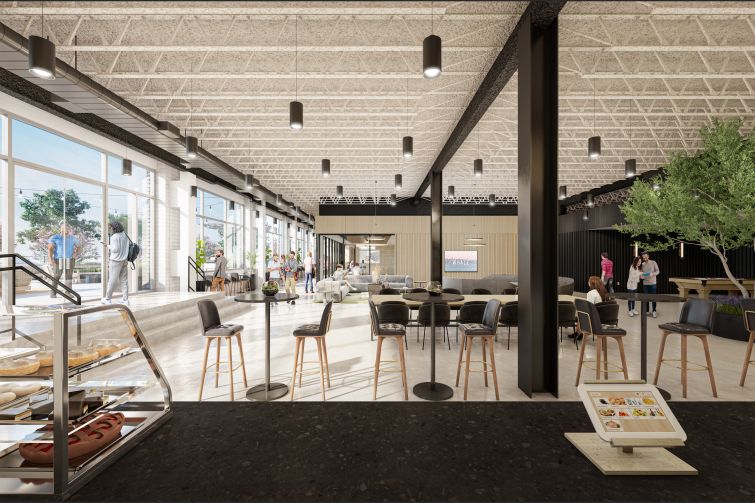 The amenity space will also have a cafe and coffee shop Rendering: Neoscape 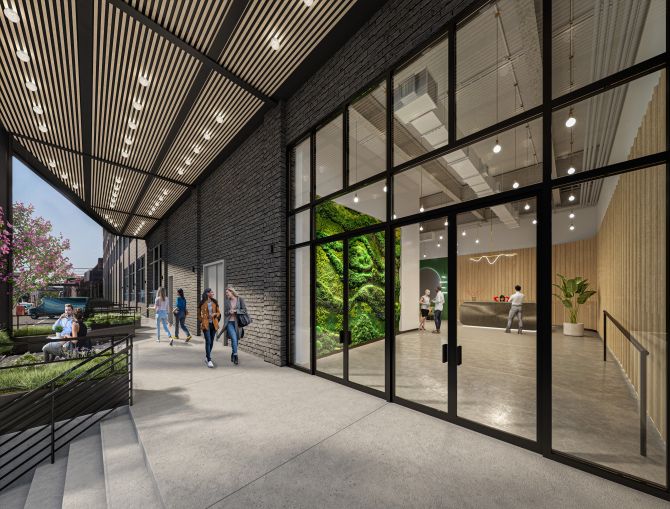 The entrance is getting a new canopy and an updated lobby with a green wall, new reception desk and new finishes. Rendering: Neoscape 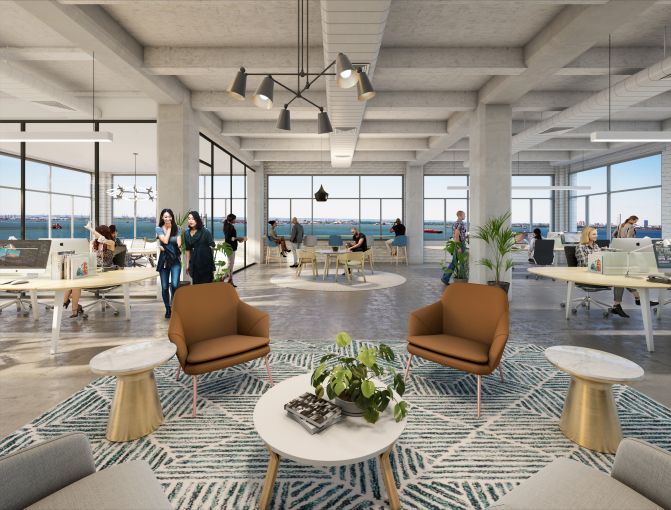 An image of a potential office layout. Rendering: Neoscape
Previous Next

When Nightingale Properties purchased the Whale Building in Sunset Park from Madison Realty Capital for $84 million a year ago, it decided to put a trendier twist on the 500,000-square-foot former torpedo factory and Whale Oil Company headquarters along the Brooklyn waterfront.

While the former owner upgraded the building’s mechanical systems, Nightingale wanted to go further in order to attract more tenants to the seven-story property at 14 53rd Street, in which Madison Realty kept a 25 percent stake. So the developer is putting in bike and car parking — 100 and 170 spaces, respectively — on part of the ground floor, using stackers for cars in order to minimize the parking footprint. The renovation, designed by STUDIOS Architecture and expected to be finished next June, will also include upgrades to the lobby, including a large green wall, a new, copper-colored reception desk, wood-paneled walls and a canopy over the entryway.

The big highlight, though, is a new 30,000-square-foot amenity center on the second floor. It will feature an indoor/outdoor conference center, a climbing wall, a fitness center, locker rooms with showers, a yoga area, a multipurpose room, and a cafe with food and coffee.

The aim is to “create a warm, inviting place that’s a landing spot in the building,” said Graham Clegg, a principal of STUDIOS. Currently, the feel of the building and its lobby is “very sterile,” he explained.

The outdoor portion of the conference center will include large, O-shaped, open-air, wooden meeting rooms and a communal table for larger meetings. The interior conference area will have greenery, wooden paneling and a mid-century modern-style green bench seat for more casual conversations.

Nightingale has also hired local artist Elizabeth Sutton to paint murals throughout the building, including in the lobby, the amenity center, the stairwells and the hallway leading from the garage.

Asking rents in the building range from $28 to $32 a square foot. The largest tenant is Soccerroof, an indoor soccer facility and event space that occupies 60,000 square feet, and other notable tenants include artist and photographer Hunt Slonem and branding agency satis&fy.

The building sits directly on the waterfront, which means that it can only be accessed via a private street controlled by a power plant operator that faces First Avenue. Nightingale is already setting up a shuttle service from the 36th, 45th and 53rd Street R line subway stops and the nearby NYC Ferry stop. But it is also negotiating with the company that owns the private street to make it more inviting and accessible.

“There are conversations about improving the private street, putting in art work, maybe having food trucks,” said Sejal Bhimjiani, an associate principal of STUDIOS.

While the building may be a bit of a schlep from the subway, the location has its advantages.

“The views and light and air are really remarkable,” explained Jordan Gosin, one of the brokers at Newmark who’s handling the building’s leasing. “But you have to get past First Avenue to get there. So this whole waterfront area is going to be activated [by the renovation].”