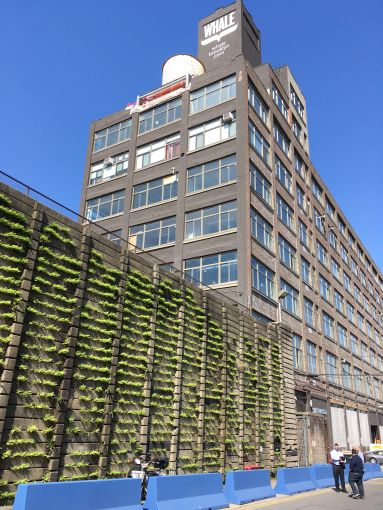 Madison Realty Capital (MRC) sold its 500,000-square-foot Whale Building in Sunset Park, Brooklyn, for $84.1 million, but is keeping a stake in the property, according to MRC.

Nightingale Group bought the former industrial building converted to offices at 14 53rd Street on Sunset Park’s waterfront in a deal that closed last month but that was made public today, according to property records.

As part of the deal, MRC will keep a 25 percent interest in the property and invested another $5 million in the project for the stake, said Brian Shatz, co-founder of MRC.

The property previously housed the Whale Oil Company’s headquarters, and, in 2011, the Harry Skydell-owned 601 West Associates picked up the site for $25.4 million. Skydell started a $5 million project to redesign the site into an office building geared toward tech, media and creative tenants, as Commercial Observer previously reported.

MRC picked up the site for $82.5 million in 2015, but fell into trouble financially at the property during the pandemic. The owner refinanced the property for $90 million in 2018 and was in talks to give the Whale Building back to its lender, TPG RE Finance Trust, instead of paying off the $81.4 million debt that remained, the Wall Street Journal reported. Under the new deal, TPG’s loan will remain in place.

“We wouldn’t have sold this if we just had to walk away,” Shatz said.

A representative from Nightingale did not respond to a request for comment.

Update: The story has been updated to reflect that Madison Realty Capital kept a stake in the project.