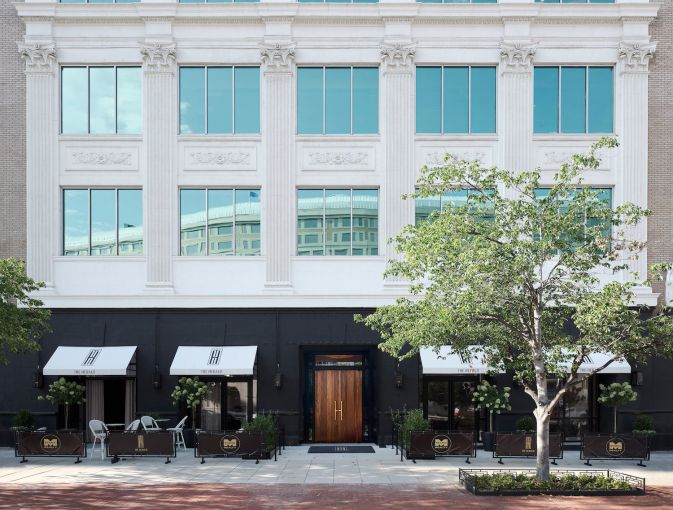 The companies took a total of 9,200 square feet at the 114,000-square-foot building, which reopened after a major facelift earlier this fall.

“This level of momentum illustrates the demand for highly distinctive space,” Craig Deitelzweig, president and CEO of Marx Realty, told Commercial Observer. “We have been very pleased with the caliber of our new tenants and expect more to follow suit very shortly.”

In April of 2020, Marx Realty acquired the historic building in a $41 million deal.

Located at 1307 New York Avenue, the building was built in 1923, and previously served as home to the Washington Herald Examiner’s offices and printing presses. Marx Realty invested an additional $41 million to transform the entire building, renovating everything from the lobby to the club floor to the pre-built office suites. The property reopened on Sept. 21.

Amenities at The Herald include a 40-seat boardroom, a European-style cafe and the Bouvier Lounge, an 8,800-square-foot club floor that incorporates historic photos, curated artwork, newspaper printing memorabilia and a fireplace.

The new leases follow CGCN Group’s 10-year, 8,000-square-foot lease signed in September. Asking rent at the property is $72 a square foot, according to someone familiar with the property.

“Tenants love the hospitality-infused aesthetic and incredible ceiling heights,” Deitelzweig said. “They are responding to how special the space is and they are really excited to introduce the space to their employees and guests.”

In connection with each lease, three native trees will be planted in local D.C. neighborhoods as part of Marx Realty’s mission of creating a healthier environment for both its offices and the surrounding environment.

A third lease, from an unnamed think tank, took 7,000 square feet of space on the fifth floor. Marx Realty declined to share the name of the tenant. JLL’s Andy O’Brien and Zach Boroson represented the tenant.

The tenants and brokers did not immediately respond to requests for comments.