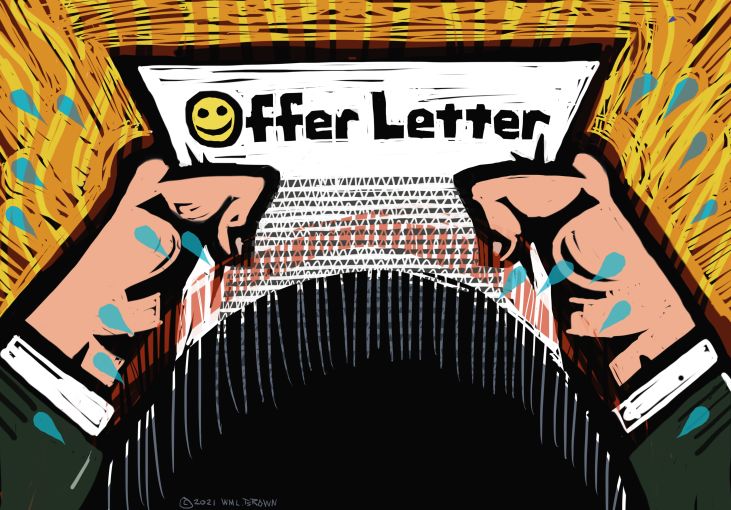 The COVID-19 pandemic has thrown New York City property valuations into a complete vortex where nothing makes sense and nothing is known.

Is that an exaggeration?

Perhaps. But it is the most critical question coming from the real estate world concerning prized assets. And it has no doubt stirred up plenty of anxiety.

Questions about “unknowns” and “uncertainty” are, however, somewhat overblown. There has been data out there that has attempted to quantify just how much value COVID-19 sucked out of the real estate market. Of course, what we know is not pretty.

Clouds hover over office properties in New York City due to COVID, with  values dropping by $28.6 billion, or 16.6 percent from the previous fiscal year, according to an October report released by New York State Comptroller Thomas DiNapoli. The analysis also shows that values to the city’s office market are not expected to rebound to pre-pandemic levels until 2025.

And, yes, unknowns still abound. To wit, Jonathan Miller, president of real estate appraisal and consulting firm Miller Samuel, said the true impact of office valuations in New York and beyond may not be felt for years, given that many properties are currently protected by long-term leases. He said uncertainty with remote working trends and the potential for some companies to either downsize or relocate to newer office assets make it challenging to truly judge the value of existing properties.

“We’re not going to know for sure for several years, if not longer, but I certainly can’t imagine how a reversion to the pre-pandemic level becomes the norm,” Miller said. “The footprint that companies used to require is being recalculated and in most cases that’ll be much smaller.”

New York City alone accounts for 11 percent of all office space in the U.S. at 463 million square feet as of the second quarter this year, according to the DiNapoli report. Prior to the pandemic, office properties had momentum on their side with the office sector reaching a historic high of 1.6 million jobs in 2019.

Office landlords have spent decades in the driver’s seat, Miller said, and it will take a while to adjust to a changing market reality. He said repurposing empty office space in Class B assets into other uses like residential or hotels will be hard to implement because of the obvious hurdles caused by zoning laws, layouts and building codes.

William Shanahan, chairman of New York City capital markets at brokerage CBRE, is more optimistic about the office sector and thinks there is a lag in the data included in the comptroller’s report. Shanahan noted that CBRE’s data shows valuations already bouncing back to pre-pandemic levels in Class A buildings. He said cheaper financing costs are part of what is driving a quick recovery for the sector in Manhattan.

“The sales we’ve seen this year in the market — they are easily pre-COVID [valuations] if not better than pre-COVID,” Shanahan said. “If you’ve got a good property and you’re getting leasing done, the investors see it and the prices go up.”

An October report from brokerage Newmark titled, “New York City’s Path to Recovery,” shows that 3.4 million square feet of sublease space has been withdrawn since October 2020, including 298,692 square feet in the first few weeks of this October, indicating a positive trend for the near-term future of the Big Apple’s office market. The largest sublease withdrawals included 240,384 square feet from accounting firm PwC at 90 Park Avenue, 190,932 by insurance firm CV Starr at 399 Park Avenue and 125,254 from educational publisher McGraw Hill at 1325 Avenue of the Americas.

Dustin Stolly, vice chairman and co-head of Newmark’s New York debt and structured finance team, said there are not enough data points yet to determine the future of office property values, but recent sales activity from the brokerage’s third quarter New York City capital markets overview indicates positive signals for the market. He said recent mobility statistics reveal reason for optimism with subway and bus ridership up 202 percent from the low point of the pandemic.

“Apartment rentals are now at or above pre-pandemic levels and apartment sales are breaking records,” Stolly said. “I’m a big believer in New York.”

While Class A office properties are on the upswing, Class B buildings will suffer valuation declines because of their lower-credit tenants, resulting in higher vacancy rates and less space to accommodate health-related improvements to combat the pandemic, according to Shanahan.

The broker added that the only sectors in which he sees valuations struggling are retail and hospitality. He is more bullish on lodging bouncing back once international travel restrictions are eased and businesses resume in-person conference travel. Plus, headwinds were already buffeting retail prior to the pandemic with e-commerce reigning supreme and brick-and-mortar tenants being priced out of stores due to high rents.

“There were some brick-and-mortar issues that existed pre-COVID that were exacerbated by the pandemic,” Shanahan said. “Retailers have been successfully moving more business online so there’s less demand.”

Retail had the biggest property valuation dip from pre-pandemic at minus 37.19 percent as of June followed by office at minus 36.03 percent, according to data from research company Trepp. Lodging was the third most distressed asset class in that time frame with a 27.94 percent reduction, per Trepp.

While hospitality has struggled during the pandemic, Miller does not see the same long-term structural pressures for the sector as office given that travel is expected to pick up steam as those restrictions ease. A recent state comptroller’s report showed a nearly 17 percent fiscal year decline in the value of New York City’s office buildings.

The multifamily market has bounced back vigorously to healthy numbers after short-lived fears for the sector at the pandemic’s start. Year-over-year apartment lease signings in Manhattan rose 4.4 percent over the 12 months ending in September, according to Douglas Elliman data,prepared by Miller Samuel.

Ran Eliasaf, managing partner of real estate private equity firm Northwind Group, noted that at the height of the pandemic, when many people fled New York City, there was concern that there would be seven years of condominium inventory, but the market has recovered at a far quicker pace. Inventory is now likely closer to two to three years. Eliasaf said the demand spurring a boost in multifamily and condo property values is being driven by the tech sector, which he expects to overtake financial services as New York City’s main economic driver.

“Tech is really going to define the city,” Eliasaf said. “There is a very skilled workforce here and companies are finding it more affordable than Silicon Valley.”

Miller said a big wild card that will go a long way toward how valuations play out is increasing property expenses that global supply chain constraints could compound.

Beyond the performance of individual property sectors looms the unknown of what capitalization rates might do. Their performance — whatever that turns out to be — could have profound effects on valuations.

Higher cap rates now are causing real estate and commercial mortgage-backed securities investors to ponder implications for property valuations, according to a report from Barclays bank released Oct. 22. The analysis noted, however, that with cap rates for office, multifamily and industrial lower than pre-COVID levels, a large increase would likely not have a broad effect on property valuations.

Lea Overby, Barclays’ head of CMBS research, said any increase in cap rates would also likely be muted by U.S. Treasury rates staying in the low-2 percent range. She stressed, though, that once Treasurys do rise that will have a more noticeable effect on cap rates and thus trickle down to valuations.

“We don’t see a noticeable impact on cap rates in 2022,” Overby said. “At some point, Treasurys will start pushing up on cap rates.”

Overby noted that, since 2000, cap rates have had less of an impact on property valuations because of more research tools available online that factor in variables like building ages, location and tenant quality.