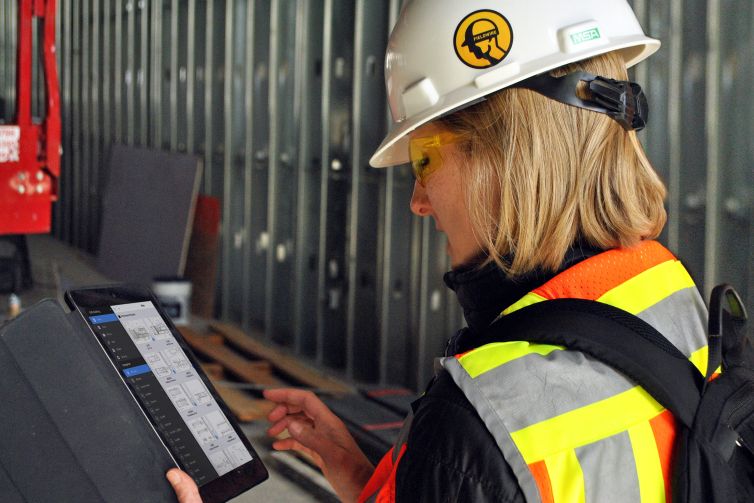 Fieldwire has 4,000 companies on its client list. Photo: Hilti

In the latest example of an established real estate company adding a proptech firm to its platform, global construction and tool-making giant Hilti Group announced Tuesday that it has acquired worksite job management software startup Fieldwire for $300 million.

It is one of the largest proptech acquisitions yet, and the largest one that’s been announced since VTS said in October that it was buying tenant management platform Lane Technologies.

Founded in 2013, the San Francisco-based Fieldwire offers a wide range of device-agnostic features for general and specialty contractors. Primarily operating in North America, Fieldwire has expanded to Asia Pacific and Europe. The company has 130 employees; additional offices in Phoenix and Paris; 1 million projects created on its platform; and 4,000 paying companies.

“We refer to what we do as job site management or field management, which is really low-level coordination on the site,” said Yves Frinault, CEO and co-founder of Fieldwire. “We are unique in the market because of how low we are positioned on the value chain. We do jobsite productivity, but we drive that productivity at the craftsmen level.

“[Fieldwire] is being used directly by the individual electrician on site or the individual mechanical engineer that is installing and deploying work on site. That’s very different from people that would do what you would call project management.”

The acquisition is expected to close in the fourth quarter and is subject to standard closing conditions, including regulatory approvals, according to the announcement. Hilti was part of Fieldwire’s Series B financing round in 2017, providing the early investor with a close working relationship with the startup. Fieldwire has raised $40.4 million in funding to date, Frinault said. Brick & Mortar Ventures and Menlo Ventures were early investors in the company.

What made Fieldwire attractive to Hilti was due to “the craftsman productivity angle,” Frinault said. “What Hilti does with tools we do with software. They’re making the craftsmen more effective on site. We do that same thing.”

Martina McIsaac, Hilti’s North America CEO, agreed. “We have software products that support design and that support field resource management, but [Fieldwire’s] product really supports the tradesperson directly and helps them coordinate their work,” she said.

A native of France, Frinault studied construction management at Stanford University. While there, he saw that there was a lot of technology applied to the industry’s design side, but very little in terms of helping the team doing the construction work on the ground, he said. Frustrated, Frinault thought the problem unsolvable at the time and left construction to go into the gaming industry, where he created a number of consumer products.

“I learned to build great products whose sole value is to be enjoyable to use,” he said. “I did that for five years to really learn how to build good consumer products. And then I thought, ‘we can apply that to construction.’ So I went back to construction when mobile was arriving, the cloud was happening, and basically all the missing pieces of the puzzle that I saw [came together].

“What drove me away from construction brought me back to actually fix the problem. The way we distribute direct to the consumer in a way where the individual user can sign up and deploy without talking to us ever is directly a consequence of my gaming background where nobody is going to read the manual in a game.”

Current Fieldwire team members will be invited to stay with Hilti Fieldwire under the continued leadership of Frinault and co-Founder Javed Singha, but additional efforts will also be made to significantly grow the team, it was announced.

“The acquisition of Fieldwire will accelerate Hilti’s capability to deliver productivity to our customers through software solutions,” Christoph Loos, CEO of the Liechtenstein-based Hilti, said in a statement. “Since digitalization has become a major driver of productivity in construction, Hilti has been investing in digital solutions for construction professionals.

“This acquisition will strengthen our software portfolio and is a logical step towards our vision of becoming the leading digitalization partner for our customers,” he said. “We intend to continue investing in the platform to create the next market leader in construction project management software.”