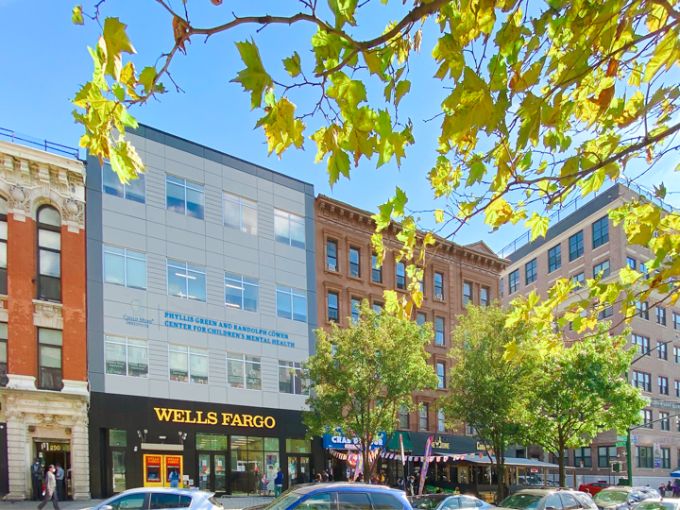 Regal Acquisitions’ commercial office and retail property 286 Lenox Avenue started trading on the commercial real estate securities market LEX, where investors can buy and trade shares of the four-story building starting at $250 a pop, according to LEX. The goal? Regal Acquisitions hopes to raise $2.2 million by selling a 49 percent minority stake in the building.

“Any U.S. investor can come to LEX, open an account and invest in it,” Jesse Daugherty, the co-CEO of LEX, told Commercial Observer. “Customers can invest in buildings that are expected to pay quarterly distributions [and] they can pick and choose investments they want on a building-by-building basis. They can pick their own portfolio, rather than investing in a bundle managed by a third party.”

The 18,759-square-foot property is leased for 10 years each to the Child Mind Institute on the second floor, the Visiting Nurse Service of New York on the third and fourth floors, and Wells Fargo Bank on the ground and basement floors, according to documents LEX filed with the Securities and Exchange Commission.

The publicly traded structure, which has an alternative address off 286 Malcolm X Boulevard, lies at the site of the famed Harlem jazz club Lenox Lounge, which shuttered in 2012 after more than 60 years in operation when the longtime owner could no longer afford the lease, The New York Times reported.

The club saw performances by jazz legends Billie Holiday, Dizzy Gillespie and Miles Davis and was frequented by Harlem Renaissance writers James Baldwin and Langston Hughes along with civil rights leader Malcolm X, whose name adorns the street the building sits on between 124th Street and Dr. Martin Luther King Jr. Boulevard. The original property was demolished in 2017, Curbed reported.

The rising costs of leasing space in Harlem was one of the reasons the property was so attractive, Alex Epstein, part of LEX’s investment banking team, told CO. That, and the fact that the structure is brand new with three long-term leases covering 13,560 square feet of office space and 5,200 square feet of retail space, make it a strong investment, he added.

The new building that Regal Aquisitions is partially selling was built in 2019 and purchased by the company in 2020. It holds $7 million in mortgage debt from TD Bank, according to public records. The company values the property, which Regal Aquisitions owns via a ground lease, at $11.3 million, Daugherty said.

But the property posted a loss in its financial reports filed to the SEC of nearly $831,000 from March to December of 2020 and further losses of $276,408 through June.

Epstein said those losses are due to SEC accounting stipulations that required the 99-year ground lease owned by OpCo to be calculated at $1 million for 2020, despite the fact Regal Aquisitions only paid about $336,000 for it that year, not accounting for gradual rent increases, according to documents filed with the SEC.

“We’re pretty excited so we’re just sitting back and waiting at this point,” Alexander Smith, managing partner at Regal Aquisitions, told CO. “It’s cash flow positive and we’ve been making distributions since we bought it.”

Investors in the building would benefit from directly owning part of the property, instead of owning part of a company that holds a portfolio of buildings as is the case with more traditional, real estate investment trusts (REITs), Epstein said. And investors don’t have to pay a fee or the higher tax rate on REIT investments, he added. LEX makes its money from an annual administrative fee for managing the company and taking it public.

“When you buy a REIT, you’re buying everything in the REIT,” Jon Bren, LEX’s managing director, told CO. “What’s special about LEX is you’re buying one asset. You’re getting an incredible amount of detail on one particular building.”

Unlike other real estate crowdfunding platforms, the shares of 286 Lenox Avenue can be traded immediately and purchased by anyone, thanks to shares in the property being treated as securities.