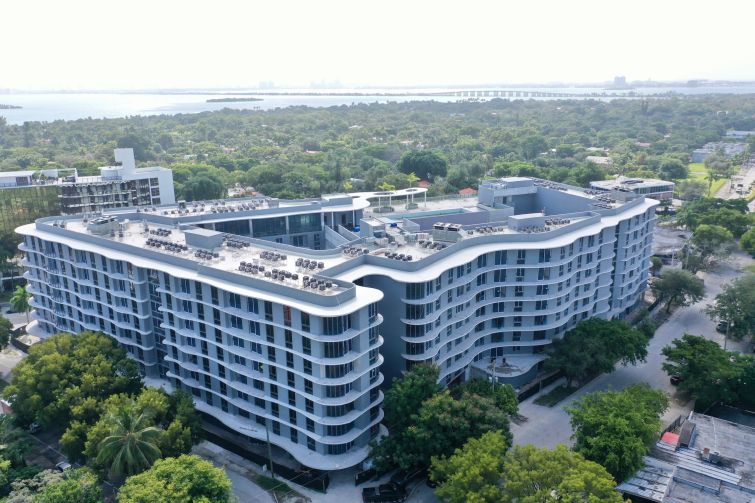 Home fitness startup Echelon Fitness, a Peloton competitor, is opening a fitness studio at The Boulevard, a new luxury rental in the MiMo neighborhood of Miami, the developers announced.

The Goldman Sachs-backed Echelon signed a 10,035-square-foot lease at the building, located at 5700 Biscayne Boulevard. The space will serve as the company’s national headquarters, and will house a studio for spinning classes, a recording studio to create online fitness classes, and a retail shop.

Echelon’s primary business is selling at-home exercise bikes and other fitness equipment that come with access to its library of online classes. It has only two other studio for live classes — in Chattanooga, Tenn., where it’s based—and a second one in Miami at 14861 Biscayne Boulevard. The Miami location is currently closed for renovations but will reopen in December, according to an Echelon studio manager.

In 2020, Echelon raised $65 million in a funding round led by Goldman, after a year in which Echelon’s revenue exceeded $100 million, growing more than 500 percent thanks in large part to pandemic lockdowns, according to Bloomberg. The funding gave Goldman’s investment arm a controlling stake in the startup.

The company is one of two new retail tenants to sign at the 294-unit Boulevard, which is being developed by Tricera Capital and 13th Floor Investments, and includes 27,000 square feet of ground-floor retail.

Crema Gourmet Espresso Bar is taking 2,400 square feet on the ground floor, though it will serve drinks on the rooftop as well. The local coffee shop has five other locations in the Greater Miami area, including in South Beach and Coral Gables.

The building is scheduled to open in the first quarter of 2022.

Tricera declined to provide asking retail rent at the property.

Update: This story has been updated with information about Echelon’s studio location at 14861 Biscayne Boulevard.