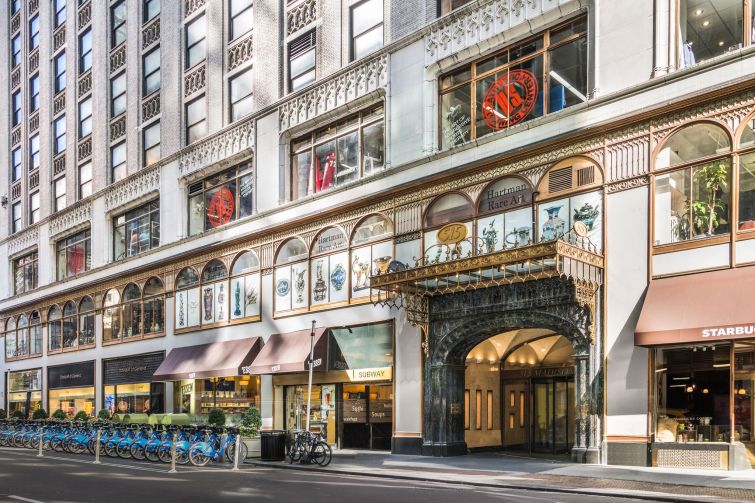 Jeff Gural’s real estate company moved its offices from SL Green Realty Corp.’s 125 Park Avenue to 12,500 square feet in the Madison Avenue building it manages and partly owns, Commercial Observer has learned. The relocation is more than one lifetime in the making, said Gural, whose father got his start by leasing the property where GFP’s new offices are based.

The company snagged a 10-year lease at the 42-story office tower, known as the DuMont Building, between East 53rd and East 54th streets. Gural — who owns interest in the building through a limited liability company — did not use a broker in the direct deal.

“It was always my father’s dream for the company to be in 515 Madison,” Gural, chairman of GFP, told CO. “That building was a special place for him.”

GFP left its former offices at the 26-story, 655,000-square-foot property between East 41st and East 42nd streets near Grand Central Terminal both because its lease was up, and because Gural saw an opportunity to move into a tower his company has a financial and historical stake in.

Founded in 1952, Gural’s company owns and manages more than 55 buildings and 12.8 million square feet in New York City. Back when GFP Real Estate was part of Newmark, Gural said his father got his start leasing out 515 Madison — eventually owning it himself — and always wanted Newmark to move its offices to the property, even though the real estate and brokerage company was based on the West Side.

Gural, who has now been involved in commercial real estate ownership and development in New York City for a half-century himself, is excited to be fulfilling that dream, he said.

“I thought when we had an opportunity and our lease was coming up at 125 [Park Avenue] that it would make sense for us to finally move into the building that my father wanted us to move into all his life,” Gural said.