DJ Khaled's Another Wing, launched with REEF Kitchens, is the latest example 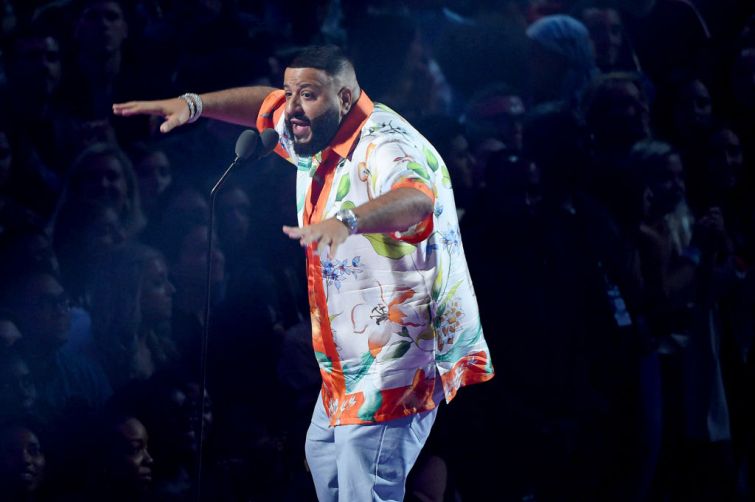 DJ Khaled is winging it.

The producer and entertainer launched a chicken wing restaurant chain in partnership with REEF Kitchens earlier this month, rolling out in close to 150 locations simultaneously.

Another Wing, which serves eight flavors of chicken wings, is available through delivery apps in most cities in the United States and Canada, as well as in Paris, Dubai and London.

The restaurant chain will be operated out of the ghost kitchen network managed by REEF Kitchens, a division of Miami-based REEF Technology.

Another Wing joins a list of celebrity restaurant concepts that live primarily online. Khaled’s not even the first to do it with chicken. Rapper Tyga has a delivery-only brand called Tyga Bites, rapper Wiz Khalifa has Hotbox, and actor Mario Lopez launched Tortas Lopez earlier this year.

It’s part of a wider trend where food is going the same influencer route as most other products. Food can be teased, marketed and dropped on social media, then amplified to the fanbase of the celebrities that market them.

“The same way YouTube and Instagram allow a creator to share pictures, the REEF Kitchens platform allows creators to share a food experience,” said Alan Philips, the chief creative officer at REEF Technology. “When combined with a meaningful brand, there’s a real engagement from audiences.”

C3, a restaurant group from hotelier Sam Nazarian, is betting on the branded virtual restaurant, though C3 focuses primarily on chef-led concepts like Umami Burger, Krispy Rice and Eggslut. C3 cultivates restaurant brands, which it then licenses to restaurateurs or virtual kitchen networks such as REEF, and currently has over 40 brands in its stable.

“The whole evolution that we’re doing has been predicated on the brands,” Nazarian told Commercial Observer in an unpublished August interview. “We’re helping [restaurateurs] make their kitchens fulfillment centers for our brands. We give them all the supply chain, ingredients, tech stack and training.”

Whatever the brand — whether it’s Kumi from C3, or MrBeast Burger from YouTuber MrBeast—platforms like REEF, and its rivals CloudKitchens and KitchensUnited, allow them to start life at scale. Another Wing is available in cities with a REEF presence, such as Houston, Los Angeles, Chicago and Miami, of course. New York City has just one location, at 69 Clinton Street in Manhattan, and will only be available within its delivery radius.

It allows for concepts to be cycled through quickly. “It is a viable way to test your brand in a wide number of markets,” said R.J. Hottovy, head of research at data firm Placer.ai. “It’s probably the lowest cost way to experiment with a brand.”

Most brands also have some physical component, though it pales in comparison with the virtual operation. C3 partners with mall owners like Brookfield Properties, Simon Property Group, and, as of this week, Westfield, to build out food halls with physical outposts that showcase their brands.

Another Wing is available in person for a limited time at Wynwood Marketplace, a 75,000-square-foot outdoor food market in Wynwood, Miami, with additional pop-ups planned in New York and London.

That said, the social media side of the marketing is going to be a huge component. “Another Wing is like the supreme of chicken wings,” said REEF Technology’s Philips. “There’s going to be some incredible cultural collaborations planned.”

Just don’t expect it to be especially hot. While Another Wing’s menu offers options in hot, hotter and hottest, Khaled himself has some history with the spicy side of the spectrum. On an episode of “Hot Ones,” where celebrities try spicy wings, Khaled tapped out after just three. Though he did make a good effort.

And while Khaled did test all the flavors, according to Philips, he is “partial to” lemon pepper, which unsurprisingly, is the lowest on the heat scale. (There’s no shame in it, Khaled. You have other talents.)