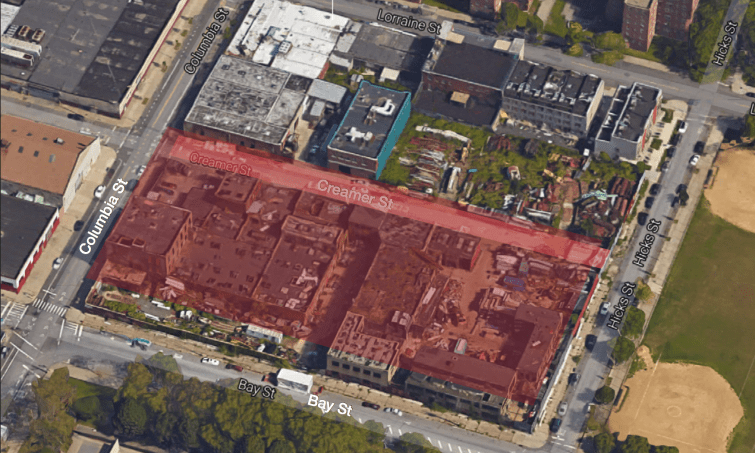 Dov Hertz’s DH Property Holdings has signed a ground lease at 537-555 Columbia Street in Red Hook, Brooklyn, with plans to develop a warehouse for last-mile distribution tenants, according to broker CPEX Real Estate.

Earlier this month, the developer inked a 99-year triple-net-lease deal with the site’s longtime owner for close to the asking rent of $990,000 a year, or $10 a buildable square foot, sources familiar with the deal told Commercial Observer. DH Property will pay roughly $280 million over the term of the lease, because of rent increases every decade or so. Hertz declined to disclose the final lease terms, citing a confidentiality agreement.

Hertz plans to develop an 88,000-square-foot industrial building on the site between Creamer and Bay Streets, across from Red Hook Park by the waterfront. His firm intends to market the site to retailers looking to expand their e-commerce supply chain platforms and third-party logistics companies.

“DHPH intends on delivering the first Class A industrial development to Brooklyn,” Hertz said in a statement. “With 36-foot-clear ceiling heights, 54-foot by 54-foot column spacing, one loading dock for every 3,500 square foot and floor loads in excess of 700 pounds per square foot, 537 Columbia will be the premier asset for any user looking to be within a one hour drive of 13 million people.”

This isn’t Hertz’s first venture in Red Hook. In February, he purchased a four-acre site down the block at 640 Columbia Street for $47.5 million, according to property records. DH Property Holdings bought the lot next to Ikea in partnership with Goldman Sachs Asset Management, The Real Deal reported, with plans to construct a 350,000-square-foot e-commerce distribution warehouse.

As e-commerce retailers have searched for more warehouse space in the city, industrial property in the outer boroughs has begun to heat up. Sitex Group purchased a 12-acre site in Red Hook last year for $110 million, as Commercial Observer reported, and then leased all 1.7 million square feet of industrial space there to UPS, according to TRD. The Bronx has also seen plenty of action—Innovo Property Group and Square Mile Capital are building an 840,000-square-foot distribution center on the site of a former Whitestone Cinemas in the southeastern Bronx, which they purchased for $75 million last year.