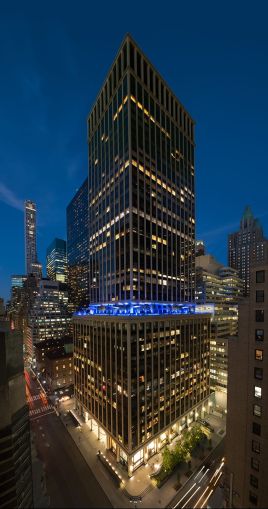 The Dallas-based Sycamore took part of the 34th floor in the 836,660-square-foot tower for five years, according to CBRE, which represented the tenant.

CBRE declined to disclose the asking rent in the deal, but they ranged from $73 to $89 per square foot in the building last year, as CO reported.

“This really worked well for [Sycamore] because they are able to get up and running immediately,” CBRE’s Ben Friedland, who represented Sycamore with colleague Hugh McDonald, told CO. “The space was in move-in condition and they liked the centrality of the location.”

The 39-story tower, owned by William Kaufman Organization and Travelers Companies, sits between East 49th and East 50th streets and was refinanced with $185 million from Wells Fargo in June — a loan that retired $145 million in debt from Bank of America. Sycamore plans to move into the property by the end of the month, according to Jack Yang, co-founder and president of the company.

The space’s layout, access to natural light and views of the city made it a good fit for Sycamore’s first Big Apple offices, Yang told CO. While the pandemic has changed office work for millions of Americans, Yang had no doubts that in-person work was crucial to his business.

“While you may not do as many meetings as you would have pre-pandemic, the quality of the meetings is so much better than what you can do on Zoom,” Yang said. “That’s not to say that everything should be done in person, but there is still a real benefit and value of in-person [meetings].”

Michael Lenchner and Jack Brennan of Sage Realty Corporation, the leasing arm of the Kaufman Organization, represented the landlords. Sage did not immediately respond to a request for comment.