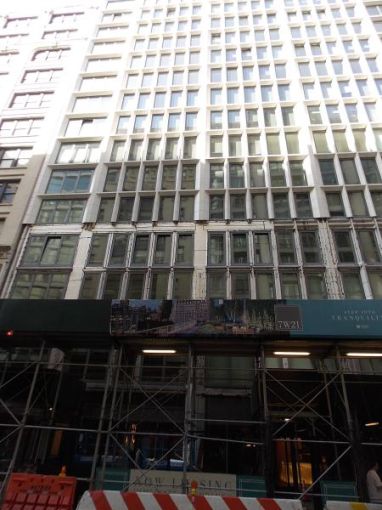 Bathhouse is expanding outside of Brooklyn.

The high-end wellness center signed a 15-year lease for 34,328 square feet for its first-ever Manhattan location at 7 West 21st Street, according to co-owner Friedland Properties. It will be its second spot in New York City since its Williamsburg, Brooklyn, outpost opened at 103 North 10th Street in 2019.

The massage, facial and sauna spot plans to move into the converted parking garage of the 289,809-square-foot rental building next year, where it will occupy 3,565 square feet on the ground level, 12,430 square feet in the basement and 18,333 square feet in the sub-basement, according to Friedland.

Asking rents for the various floors ranged from $100 to $50 per square foot, according to Jason Pruger of Newmark, who negotiated the deal on behalf of the owners along with Newmark’s Lucas Kooyman.

“They were looking for a location in Manhattan [to] service the folks that are just not willing to go to Williamsburg,” RDE Advisors’ Ross Eisenberg, who represented Bathhouse, told Commercial Observer. “The location itself was really interesting. I think a lot of tenants would have trouble seeing past the fact that it’s a parking garage, but these guys saw right through it.”

Bathhouse plans to heavily remodel the converted garage with a yet-to-be-announced architect and contractor next year, Eisenberg said. The deal, which closed last week, puts Bathhouse alongside the building’s only other retail tenant, bathroom supply store Kohler, Eisenberg noted.

“Seeing a well-regarded wellness purveyor like Bathhouse double down on New York City proves that the city is poised to return to life pre-pandemic where retail spaces are being used to create valuable customer experiences,” Pruger said in a statement.

Friedland and co-owner Rose Associates secured $218 million in 2018 in permanent financing from Wells Fargo Multifamily Capital to refinance the apartment building, which holds 288 units between Avenue of the Americas and Fifth Avenue, CO reported.