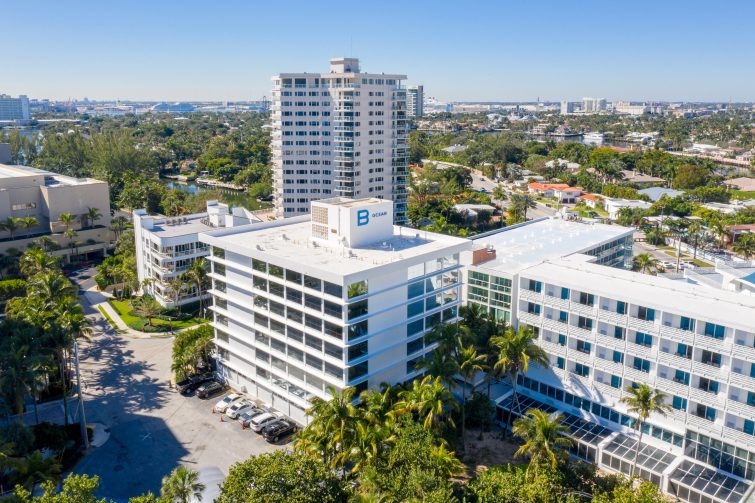 Now called the B Ocean Resort, the hotel is located at 1140 Seabreeze Boulevard, less than a mile south of Las Olas Boulevard, along a strip of oceanfront hotels.

Originally built in 1956, the sprawling property spans 6.1 acres, and includes four buildings with 484 rooms. Marilyn Monroe and Joe DiMaggio are said to have visited the hotel, which resembles a ship (hence the name, Yankee Clipper).

In 2017, the sellers — private equity giant The Carlyle Group and real estate investment InSite Group — rebranded the hotel as a B Ocean after investing in “multi-million dollar renovations.”

Three years earlier, the duo purchased the resort for $107 million from another real estate giant, Barry Sternlicht’s Starwood Capital Group, per records. In 2019, they scored a $130 million loan from Deutsche Bank.