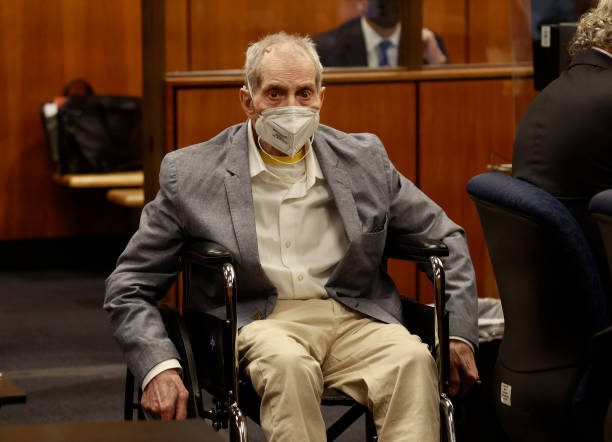 Robert Durst, descendent of real estate royalty the Durst family, was charged with second-degree murder in New York for allegedly killing his ex-wife, Kathie Durst, in 1982.

The state police investigator filed the complaint in Lewisboro Town Court on Oct. 19, according to Jess Vecchiarelli, a spokesperson for the Westchester County District Attorney Miriam Roach.

The filing compiled evidence from the Westchester DA, the New York State Police, the Los Angeles District Attorney, witnesses, defendants and even past interviews from Durst himself. While the grand jury has begun hearing witness testimony, the legal process may take up to several weeks, the Associated Press reported.

For nearly 40 years, Kathie Durst’s murder has remained unresolved. Then 29-year-old Kathie vanished near Lewisboro, N.Y., in 1982, and authorities never found her body. In 1990, Durst divorced Kathie for abandonment. Her case was later reopened in 1999, but she was declared legally dead at her family’s request in 2017.

In the decades since her disappearance, however, suspicions have been raised about Robert Durst’s involvement. In HBO’s 2015 documentary “The Jinx: The Life and Deaths of Robert Durst,” he seemed to acknowledge having committed murders and fabricating details of his wife’s disappearance.

Durst, who is currently diagnosed with COVID-19, said he did not kill his wife. He made that statement last month during his Los Angeles trial, which convicted him of the murder of his friend and confidant, Susan Berman. Berman allegedly helped Durst cover up Kathie’s murder, and prosecutors claimed Durst fatally shot Berman when she prepared to turn herself in to police more than two decades later. He is slated to spend the rest of his life behind bars.

After killing Berman, Durst hid in Galveston, Texas, where he later killed his neighbor. He claimed he acted in self-defense, and was later acquitted of charges.

In September, Durst was found guilty of Berman’s murder in a long-awaited trial, which the pandemic delayed for nearly a year and a half. Last week’s sentencing will keep him in prison without parole.