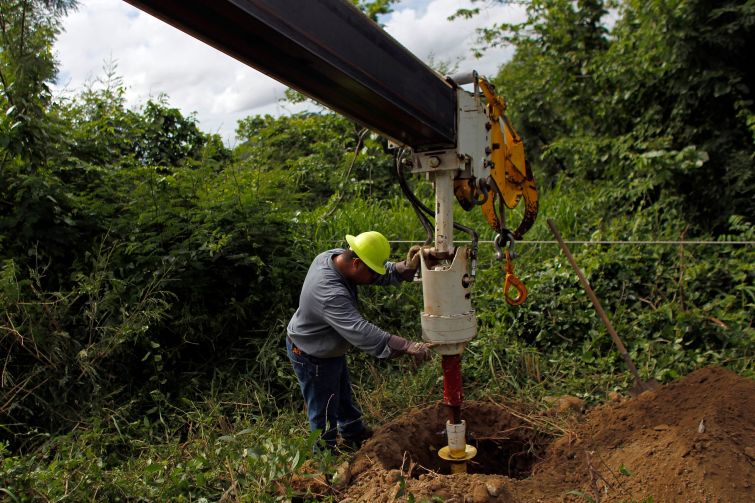 The contech firm will use the financing to complete product engineering and start selling the technology, said Moshe Dalman, CEO and co-founder.

“This infusion of money will enable us to start engaging commercial customers,” said Dalman. “So far we have had all kinds of very early testers and commercial partners dealing with the technology, but now we’re starting to actually take it to market.”

RodRadar provides excavation equipment operators with sensor devices that alert them to underground utilities such as power lines — as well as communications, water, gas and oil lines — that they might otherwise accidentally damage.

“Our technology prevents the utility disruptions that are caused by utility strikes by construction machines,” Dalman said. “In the United States, you have more than 500,000 incidents like this reported a year. The estimated drag on the U.S. economy is over $50 billion. We know for a fact that this is only the reported number. The actual number is much bigger.”

Communications and natural gas utility strikes represent more than 50 percent of the reported accidents, according to a statement from RodRadar. Between 2016 and 2019, utility strikes grew in North America by 30 percent, the firm said.

Although Dalman declined to outline the specifics of how the sensors work, he said the technology was patented and unique. “A couple of years ago, we started developing a sensor to enable the operators themselves to avoid hitting utilities because the other technologies and solutions that exist are looking at the periphery of the machine, nothing is targeted at giving the machine [itself] a good enough solution. This is what we’re after and we have the technology.”

“Excavating activities are responsible for nearly one third of all damage to underground utilities and infrastructure,” said Darren Bechtel, founder and managing director at Brick & Mortar Ventures. “RodRadar is aiming to make utility strikes a thing of the past by marrying next generation technology with old iron to radically improve the safety, efficiency, and cost of digging below the surface of the built environment. We are excited to be investing in the RodRadar team and look forward to their continued growth.”

Other investors participating in the Series A round, besides the company’s existing private investors, included Mayers Cars and Trucks Group, a major Israeli automotive group that also distributes Volvo construction machinery in Israel; Dysruptek, the venture arm of Haskell engineering and construction; and HOLT Ventures, the venture arm of HOLT CAT, one of Caterpillar’s major dealers.