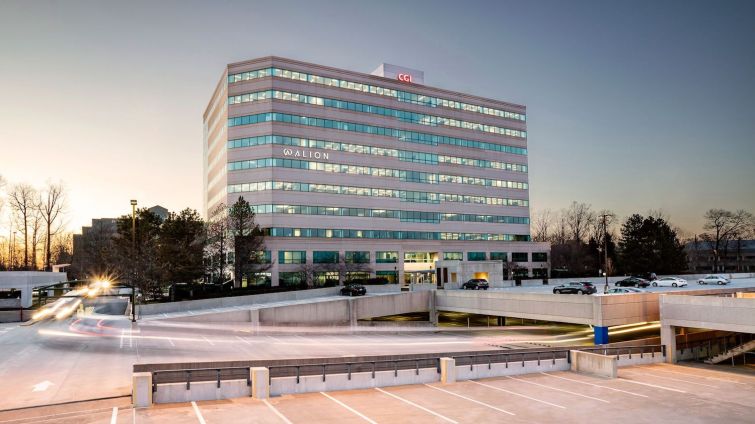 The property, located at 12601 Fair Lakes Circle, sold for $55.3 million, according to property records. That’s about $15 million less than the previous owner, Cognac Fair Lakes, paid for it in 2006.

Newmark facilitated the sale on behalf of the seller.

“The seller had recently finished a major renovation of the office building and extended the lead tenant long term,” Jud Ryan, an executive managing director at Newmark, told CO. “It was the highest-quality property in the market, had a good lease term, was walkable to amenities including Starbucks and Whole Foods, [offered the] best visibility in that market from I-66, and was below replacement cost pricing.”

Known as the CGI Building, the 10-story building was recently renovated and is currently 88 percent leased to four tenants, primarily federal government contractors anchored by the building’s namesake, CGI Federal.

According to Ryan, the newly $6.4 million capital improvement plan included modernization of the elevator, the addition of a new contemporary lobby, plus a new fitness center and an outdoor lounge area.

The sale is indicative of the strength of Northern Virginia’s office market, Ryan said.

“Multifamily and industrial may currently be the most favored asset classes nationally, but the positive storylines for office in Northern Virginia are too powerful to ignore, particularly when an asset of 12601 Fair Lakes’ quality becomes available for sale,” Ryan said.

Joining Ryan on the deal was a Newmark executive managing director, James Cassidy.

Fairfax County currently has 11 Fortune 500 headquarters, which tops 35 states and the District. Based off of Newmark’s last market report on North Virginia, suburban D.C. markets have benefited to a degree from the D.C. exodus, but with the future of office still uncertain, sales and leasing are still below pre-pandemic levels.