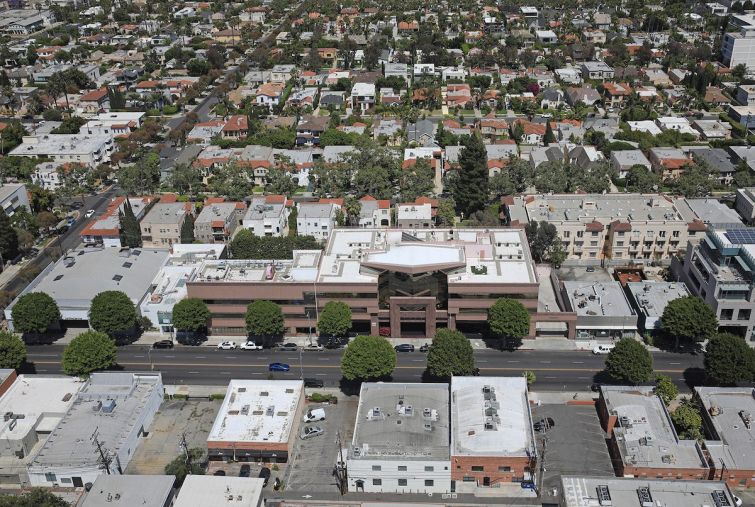 The developers will renovate the Gensler-designed, three-story property, which is 88 percent leased at 150 North Robertson Boulevard on a 0.92-acre parcel. photo: Meridian Property Company

The joint venture announced that it put down $81.5 million for the Beverly Hills Medical Plaza, a 67,510-square-foot, Class A medical office building. The developers will renovate the Gensler-designed, three-story property, which is 88 percent leased at 150 North Robertson Boulevard on a 0.92-acre parcel.

The property has been family-owned by Beverly Hills Medical Plaza Properties since it was first developed in 1989. Meridian’s R.J. Sommerdyke said current tenants include an on-site surgery center as well as practices in cardiology, pediatrics, internal medicine, orthopedics, gastroenterology and more. More than half of the tenant roster has an affiliation with neighboring Cedars-Sinai Medical Center.

Newmark brokers, who represented the seller, said investment capital remains highly motivated to acquire premier medical offices after the pandemic because of the vital in-person nature of the patient and doctor relationship.

“The medical office sector provides the resilient, safe harbor profile desired by many investors in today’s capital markets landscape,” said Newmark’s Rob Hannan, one of the brokers who negotiated the deal on behalf of the seller.

Meridian CEO John Pollock said the firm has been tracking the property for years.

“This is a generational asset in a highly coveted market with extremely high barriers to entry, so it’s very rare when a property of this profile comes available,” he said.

The health care sector remains strong, outperforming most other commercial property types through the pandemic, according to Newmark’s research. Direct health care vacancy in Beverly Hills has remained in the single digits since 2002, and it consistently achieves some of the highest rental rates in the country.

Meridian has approximately 500,000 square feet currently in development and redevelopment.