Jokr, another rapid-delivery company, plans to open in Harlem, too, in the coming months 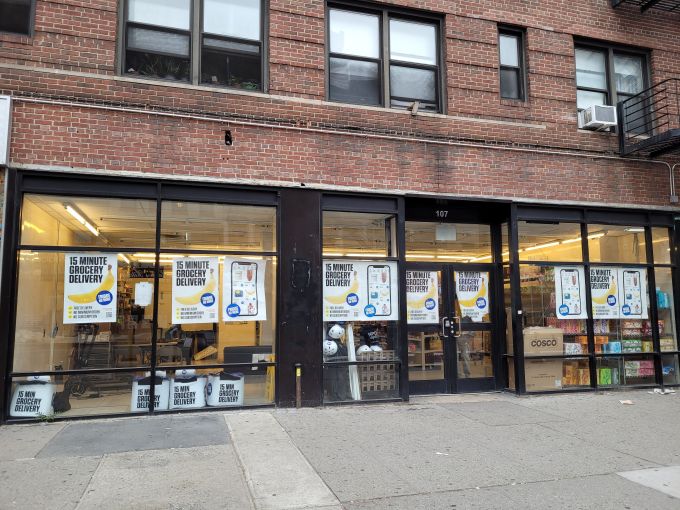 Brooklyn-based Fridge No More, which has raised $15.4 million in a Series A round led by venture capital firm Insight Partners, has found space for a new hub in Harlem, Commercial Observer has learned.

The grocery e-commerce business took 2,500 square feet at 2101 Frederick Douglass Boulevard between West 113th and West 114th streets, according to the landlord’s broker, Hal Shapiro, a senior director at Winick Realty Group. The bulk of the space — 2,200 square feet — is on the first floor with the balance below grade for storage.

Asking rent was $90 per square foot and the lease is for five years, a length that is representative of the shorter deals being done during the pandemic, Shapiro said.

This Fridge No More outpost is just the latest deal for a rapid-delivery grocer in New York City, contributing to the trend toward online grocery shopping that picked up steam during the pandemic.

Fridge No More’s lease may be one of the first such locations in Harlem, Shapiro said. Jokr, a big rapid-delivery player, has not yet landed in the neighborhood, but will be soon, according to Jokr Chief Operating Officer Aspa Lekka.

“We currently do not operate any stores in Harlem but are definitely looking into serving this area,” Lekka told CO. “The reason for not launching in Harlem yet is just prioritization of store launches to ensure the team has capacity to run operations well.”

Lekka added: “We intend to launch in Harlem probably in the next two months.”

ReShape Advisory‘s Tarik Bouzourene represented Fridge No More in the Harlem transaction. He and a representative for Fridge No More didn’t respond to requests for comment.

The location at the base of T&D Management‘s rental building is ideal for Fridge No More, which offers 15-minute free delivery and no minimums, because of its “good visibility,” Shapiro said. He added: “It’s in the middle of a nice surrounding area. I think the neighborhood could use it. And I think they’re going to service the area very well.”

Bohemia Realty Group previously occupied the retail space at T&D Management’s building on a 10-year lease that expired at the end of July.

Fridge No More is building out the space and should open in a few months, Shapiro said.

The company, which boasts that it delivers to parts of Brooklyn and Manhattan, plans to aggressively expand throughout the city, according to GroceryDive.