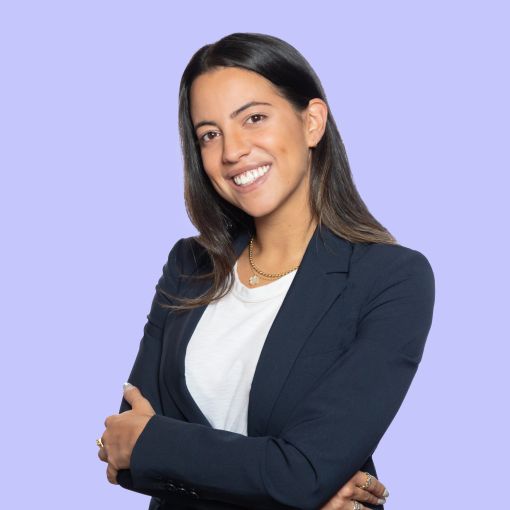 While full details of Waissmann’s new role remain under wraps for now, she will be focused on the strategy of “bringing technology to the full commercial real estate transaction, and digitizing the lending experience for our clients,” she told CO this week.

Waissmann joins Lev from L&L Holding Company, where she was most recently vice president of acquisitions and development. During her three years at the company, Waissmann worked on some of the most buzzed-about transactions in New York City, including TSX Broadway, the developer’s $2.5 billion mixed-use development in Times Square, and the $1.5 billion redevelopment of 425 Park Avenue.

Prior to L&L, Waissmann spent three years at UBS, latterly as a financial sponsors and leveraged finance analyst.

“​​I always intended to be on the principal side of real estate investing, but I wanted to grow up in a larger organization in order to then leverage the learnings from that experience at a more entrepreneurial-like shop — which is how L&L Holding is established,” Waissmann said. “The two projects that I was particularly involved in were billions of dollars in terms of size, but the way that the projects were run were pretty entrepreneurial in nature. So, growing up in an environment like an investment bank, and then applying that in a more entrepreneurial environment, was something that was incredibly useful. I now want to take that a step further here at Lev, and be able to leverage both of those previous experiences at a startup.”

As for Waissmann’s pull to Lev specifically, “I think the real estate industry has been ripe for disruption for a while now,” she said. “We see all these industries that have been leveraging technology in so many different ways and it really doesn’t make sense to me that real estate hasn’t been a massive focus of venture capital for the last 10 years, but now there’s obviously been quite a paradigm shift.”

Waissmann said she began hearing about the technology Lev was using to move commercial loan transactions from offline to online, and with less human interaction. “To me, the value the company was adding was so obvious. It’s one of those moments when you say, ‘Oh my God. Why is no one else doing this?’”

“Shami has the right mix of amazing real estate knowledge and experience, and a real drive to make the industry better,” Yaakov Zar, founder of Lev, said. “We’re super excited to have her on the team, helping us lead the way in commercial real estate online.”

Waissmann’s hiring comes hot on the heels of a successful third quarter for Lev.

“We did $330 million of loans, which is pretty amazing. It’s more than 10 times what we did this time last year,” Zar said. “We’ve been able to build out an amazing team. The caliber of people we have— and Shami is an example of this —is excellent, and the quality of the transactions is also improving rapidly.”

In terms of quality, deal sponsorship is improving and transaction size is growing, Zar said, from under $5 million last year to more than $10 million in the third quarter. The firm has also expanded significantly in size from a headcount of 13 people to 70 people.

While Zar couldn’t comment on the digitized experiences Waissmann will shortly help launch, he said: “Traditionally in this market there are a lot of middlemen in the financing. We want to provide visibility into a fully digital, transparent experience. That requires us building a lot [of new products], and filling the gaps out there.”