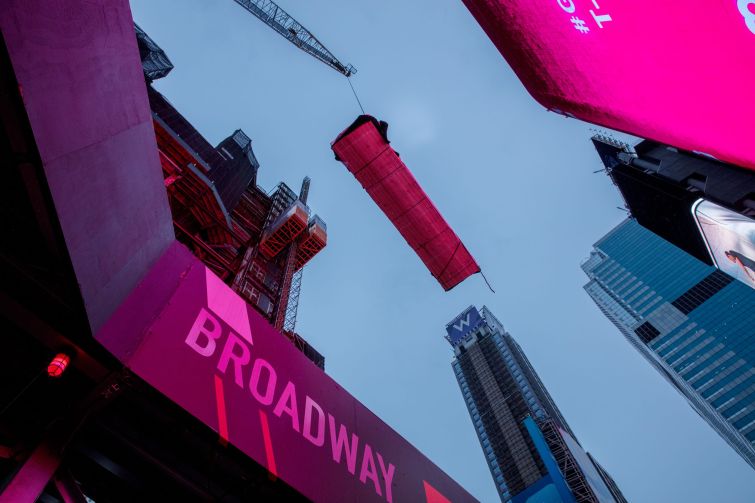 L&L is building a new concrete truss to support the Palace Theatre, which will be jacked up 30 feet into the air and placed onto the truss later this year. Image: L&L Holding Company 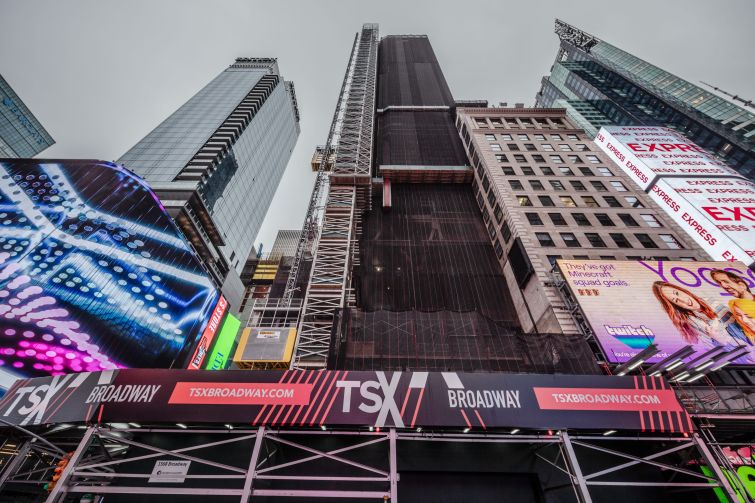 The 46-story, 550,000-square-foot TSX Broadway will include several stories of retail and a 400-key hotel. Image: L&L Holding Company 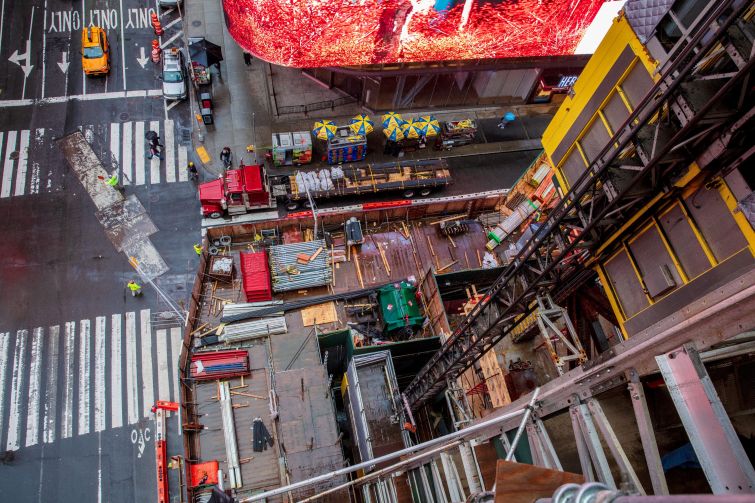 Steel has been rising on the portion of the site that will include a retail podium. Image: L&L Holding Company 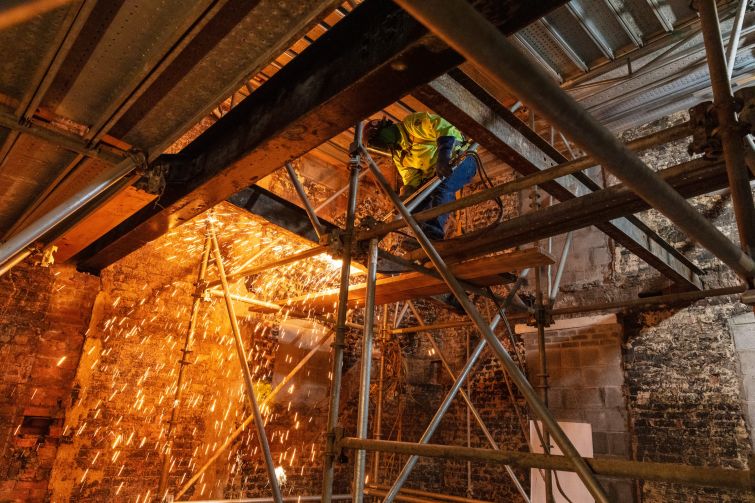 Portions of the DoubleTree hotel that used to occupy the site are being preserved so that L&L can build to the density of the former hotel. Image: L&L Holding Company
Previous Next

After two years of demolition and excavation work, L&L Holding Company’s Times Square megatower is finally beginning to take shape. The 46-story, 550,000-square-foot, hotel-and-retail building will house the 108-year-old Palace Theatre, which will be jacked up 30 feet into the air and placed on a newly constructed concrete truss. In early 2019, L&L started tearing down the 45-story DoubleTree hotel, which sat behind the Palace Theatre and a wraparound facade of billboards.

Now, most of the DoubleTree is gone, and 16 stories of steel-and-concrete superstructure have gone up on the western side of the site at Seventh Avenue and 47th Street. L&L is preserving portions of the DoubleTree’s lower floors, so that the developer can build the new TSX Broadway under the zoning footprint of the old hotel, rather than a more modern zoning that would limit the size of the new structure.

Soon, workers will begin dismantling the steel truss that the theater sits on and building the new concrete truss that will replace it. They are also pouring a 6-foot-wide concrete ring that will be used to support the theater when it is lifted onto its new podium later this year.

“The actual lift of the theater will be challenging,” said David Orowitz, an L&L managing director who is overseeing the project. “We need to build that new concrete truss — we determined that it would be faster and less expensive to do it as concrete — then we have to remove the steel truss that was there. And, then, we’ll be lifting the theater as we build up the hotel.”

He added that “we’ve done the majority of the excavation and demolition, drilled the caissons that we will use to lift the theater. You lift the theater with a jack, and then you move the jack up again. The jack keeps going up with the building and keeps pushing it up.”

The base of TSX Broadway will consist of a nine-story, 75,000-square-foot retail podium with an experiential component. Orowitz said that L&L is considering a music-focused concept called “TSX Entertainment,” where musicians could perform, meet fans, and sell merchandise. The real estate firm is also in talks with “an exciting media property” for “a ride and an attraction.” The ninth and 10th floors will be an entertainment venue with a food-and-beverage option.

On the building’s third floor, facing the other side of the site, will be the revamped Palace Theatre. The landmarked venue will get a $50 million renovation that includes a new lobby, new back-of-house space, a new entrance and a restoration of its plaster interior details. Above the theater will be a 669-room hotel with 30 “ball drop” New Year’s Eve suites and floor-to-ceiling windows in each room.