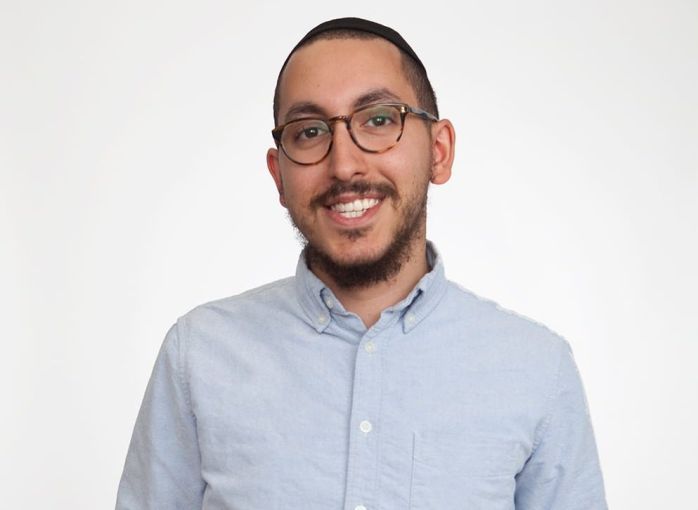 Yaakov Zar got a taste for tech and entrepreneurship when he started a real estate app during college. Fast forward to the COVID-19 pandemic and the digitalization of real estate deals is firmly and forcibly underway. Zar launched Lev — a commercial real estate finance brokerage powered by both human and artificial intelligence — in September 2019. Brain by Lev is the brokerage’s online platform that combines the firm’s proprietary technology with a database of nearly 10,000 lenders and gives borrowers the ability to source financing with or without the help of a debt broker. Why? Not every deal needs a broker (gasp!), Zar said: “There’s a large segment of deals that we want to do and we can do. And there’s a lot of deals that we don’t do and will never do and that’s part of our drive towards leveling the playing field.” In starting Lev, Zar raised a seed round of $2.5 million from ANIMO Ventures, Ludlow Ventures, the founders of Dwight Capital and other real estate and technology executives. Commercial Observer caught up with Zar to learn more about the borrower appetite for “self-service” debt sourcing.

Commercial Observer: You launched Lev in September 2019. How is everything going?

Yaakov Zar: It’s going great. We closed the seed financing, got an office in Soho and built out the team. We’re now 15 people and we’ve been working on a slew of deals. When COVID hit we saw lenders freeze activity but everything got back to normal —well, not quite normal, but whatever the new status is — and lenders are lending again. We doubled down on good deals and doubled down on our technology and it’s been working out well. With the technology we built we invest very heavily in process automation tools and data products for our brokers, and for a long time people have been saying, “Hey, why don’t you make your tools available to other brokers?” But I’ve been hesitant, it’s not really part of our strategy.

How is Lev’s brokerage model different from your competitors?

We realized that a lot of brokers pitch the exclusivity mentality, which is, “Hey, we know lenders, you don’t, so if you want to get financing, you have to call us as there’s no way you could do it on your own.” And I think that’s frankly — excuse my language — bullshit. The fact that you have names of people at banks and you’re going to call or email one or two people doesn’t mean that you deserve one or two [basis] points of that transaction. We invest very heavily in our lender database and are constantly making it smarter by using historical data around what lenders have lent on, and the real-time data as we receive current term sheets. So, as we get information from lenders, we build out those lenders’ profiles further. Out of the $600 billion or so of commercial real estate finance that happens per year, only about 60 percent of that goes through a financing broker. So, there’s well over $200 billion a year of commercial real estate financing transactions that happen directly. They’re done by borrowers who don’t want an advisor or broker because they don’t need it; the deals are simple, they’re not overly sensitive to pricing, or they really just want to find one relationship and focus on that relationship with a bank. For us, often we see deals and we’ll say “No, this is not something you need us for, we can’t really bring value to this transaction.” If, for example, it’s too small. When we do accept a transaction, we run a lender analysis on the deal where we put the address and information in our system and it spits out suggested lenders, which is our first step in the process. But for the deals we don’t do I’d often just send the the client — the borrower — some information on the three lenders we found that were a fit and say, “This isn’t for us, but here are the people you should talk to.” I ask them if they do [get a loan from one of those lenders], to let us know what they got.  That helps us inform other clients. Ultimately, here’s a large segment of deals that we want to do and then there’s a lot of deals that we don’t do and will never do and that’s part of our drive towards leveling the playing field. I’m a big believer and advocate that the role of the broker is to advise and support, not to hold back deals based on lenders’ contact information.

So you’ve opened up your lender database to real estate owners?

Part of it; it allows them to view and match with commercial real estate lenders, understand the profile of those lenders, figure out who might be a good fit for their deal and handle that transaction with the lender directly. Over time, that will develop more into a marketplace type of model. We can go to a client and say, “Look, you have a menu of options. If you want an end-to-end White Glove service and you want to sit down at a restaurant and have someone serve you, we’ll take care of that transaction and it’ll cost you 1 percent. If you want to walk in and pick up to go, you have this self-serve option and you can see lender information yourself.” There are different ways that we’ll monetize this over time.

Can you talk me through your database of lenders? Is it pretty much the entire universe in terms of lender types, or a select group that you’re working with today?

It’s across the board in terms of lenders and products and we compile it in three ways. We use public data to get some parts of the lender profile — we analyze their historical deals and we’re able to create a basic lender profile. Secondly, we have a lender relations team that’s in touch with lenders on a regular basis and updating what types of products they want to lend on. Lastly, when lenders provide us with feedback on deals that makes our lender database smarter automatically, so as we get term sheets or if they decline a deal for whatever reason that in turn makes the lender database smarter.

COVID accelerated a lot of trends in our industry and pushed us further into the digital era. Are you finding that people are more drawn to this online platform post-COVID because in-person meetings aren’t a possibility?

We’ve seen a massive spike in deal volume because people need help to find new lenders. For example, say I’m a mom and pop investor, I spend a lot of my time in the real estate business but I’m not quite institutional and I don’t have a brand. Many of those type of investors had a relationship with one or two lenders who have now stopped lending because their preferencs have shifted a little bit. So, a lot of people are looking for new relationships. On top of that, lenders are not offering the same type of leverage that they were before COVID.  So, I think people are now more open to using an advisor, frankly because they’re stuck. But, they don’t always need an advisor.

A lot of lenders I’ve spoken with said that they’re working exclusively with existing clients for the time being. Are you finding that the lenders in your database are open to new clients at this stage in the crisis?

Some lenders have definitely taken that stance, but mostly the ones who have stopped  lending during the crisis and those who’ve done risky deals up until now. There are still a lot of lenders who are doubling down on this opportunity; those who have cash, or those who’ve paused their activity for three or four months and now need to lend again. Transactions are starting to happen again, the volume’s not quite where it was before, and there definitely aren’t as many investment sales financings — which is a part of our business —  it’s mostly refinances, but they’re definitely happening.

Where do you see the platform going from here?

I’m a big believer in the menu of options that I mentioned earlier. A lot of deals need a broker and will always need a broker, but I look at it as a spectrum of deal complexity. Over time, even the more complex deals can benefit with less broker involvement. So today, just say 95 percent of deals need a human doing a lot of the work; I think in a year, some segment of those will fall off and in a couple of years, more of those deals will be possible without a broker. So, we want to do whatever is possible to offer any deal the extent of support and service that it needs. Layer on top of that the fact that borrowers have different needs or levels of desire to be involved in financings. We’re working with a client who has $300 million in real estate, very active in New York City. He just doesn’t want to deal with it, and finds the financing process annoying. So he’s willing to pay a point to just have someone else deal with it. But there might be another guy who has the same profile in terms of assets and infrastructure, but he’s okay to deal with [the financing process].

What has posed the biggest challenge during COVID for you?

I’m naturally a very anxious person. You can ask my sister [KLOUD founder Kimberly Zar Bloorian] as she knows this very well. So, when the pandemic started, I was really worried, thinking “I just hired all these people, am I’m going to have to fire everyone now?!” But we ended up buckling down and focusing. The CEO of Microsoft said recently that we had two years of digital transformation in two months [during COVID]. And that’s huge for us. The very fact that clients are willing to engage on a Zoom meeting and access our portal to view and upload documents, and that lenders are willing to use our digital OM to see information about the deal, and schedule virtual  tours for the appraisal… all these steps validate our investment in technology, and help us all get closer to that digital experience.