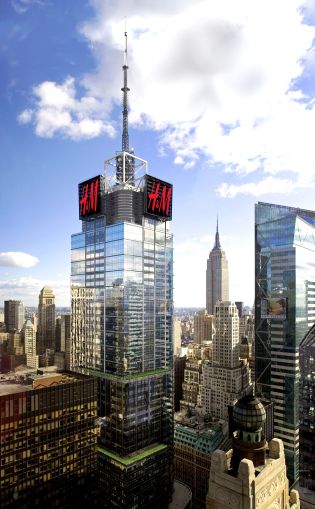 Washington, D.C.-based law firm Venable inked a deal to move its New York City operations to 157,800 square feet at One Five One, the tower formerly known as the Condé Nast Building.

Venable snagged part of the space left behind when Skadden, Arps, Slate, Meagher & Flom relocated to Manhattan West at 435 West 31st Street in Hudson Yards in 2020. Condé Nast left the building in 2016.

One Five One’s $150 million-plus renovations to the building’s entrances, lobby, elevators and ventilation system was one of the reasons Venable was drawn to the space, Durst’s Rocco Romeo, part of the team that represented the landlord, told Commercial Observer.

“In the last couple of years, the Durst [Organization] completed a $150 million renovation of the property [and] the property was only 20 years old to begin with,” Romeo said. “It had the opportunity when nearly the entire building rolled within 13 months, first Condé Nast and then Skadden, to really renovate the building from the inside out.”

Durst was able to add terraces to the building by converting unused rooftop space, and many of the property’s large deals have involved terrace space, Romeo added.

The deal, which closed on Friday, allows Venable to move into the tower late next year, and it’s currently building out its offices.

The departure of Skadden, Arps, Slate, Meagher & Flom left the 24th to 48th floors open. Most of that space has since been filled by TikTok, Mitsubishi International Corporation, BMO Harris Bank, Nasdaq, Vevo and consulting firm Vidaris.