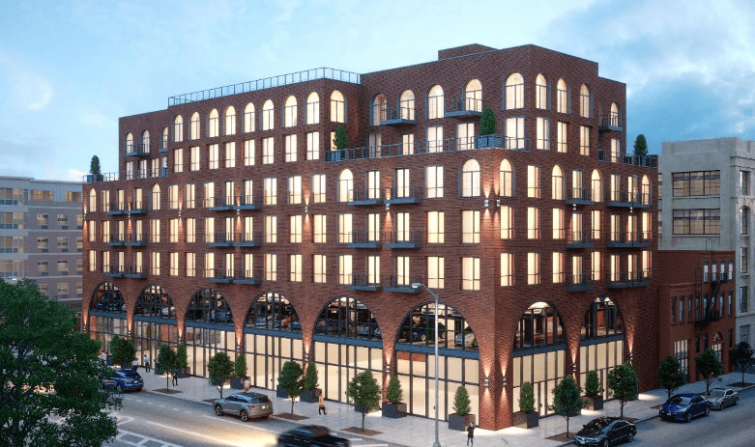 Austin, Texas-based Prophet Capital was the seller of the debt — which comprises a $78 million first mortgage and a $10 million mezzanine loan — in a transaction arranged by JLL Capital Markets’ Brett Rosenberg, Scott Aiese, Steven Rutman and Bill Butler.

“This was a unique opportunity to acquire a non-performing whole loan directly from the original lender, secured by a newly constructed mixed-use asset in a highly desirable market,” Eric Scheffler, co-founder and managing director of Invictus, said of the opportunity.

The Kent House, located at 187 Kent Avenue, is a luxury mixed-use building that includes 96 apartment units and 31,000 square feet of retail space, with 400 feet of frontage on both Metropolitan and Kent avenues.

It sits in a prime Williamsburg location, just one block from Bushwick and Domino Park and across the East River from Downtown Manhattan. It’s also surrounded by dining and shopping options and within walking distance to both the J and L subway trains.

Building amenities include a rooftop deck, a spa, coworking space, a fitness center and a parking garage.

Cheskie Weisz’s CW Realty first filed plans for the seven-story building in 2017, having purchased the site for $42.5 million in 2016, The Real Deal reported. In January 2018, Prophet Capital provided the $78 million construction financing for the project, along with Bank of Internet USA, as also reported by TRD.

Invictus, led by Scheffler and Christopher Pardo, focuses on three strategies: equity investment, development and debt origination. This February, the firm secured just over $55.8 million in agency debt from JLL in order to fund its purchase of a multifamily property in Norwalk, Conn.