From litigation to negotiation, a resolution was finally reached 18 months after COVID hit 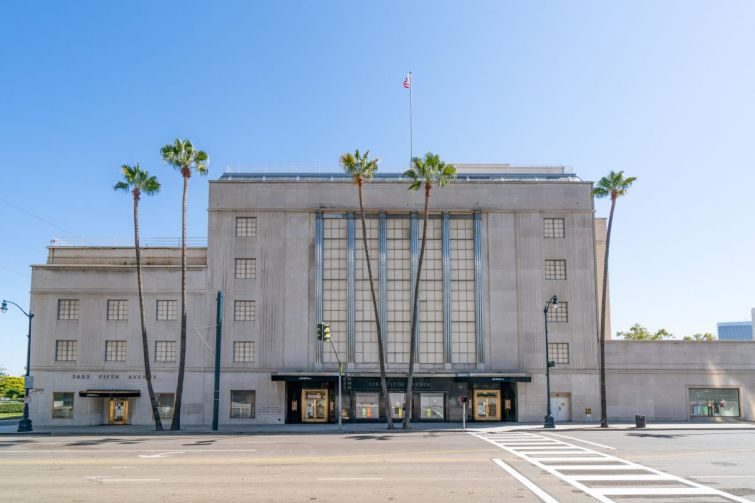 Positive retail news hasn’t exactly been plentiful over the past few years. But, Hudson’s Bay Company (HBC) has a happy ending to share. The retail business group just emerged victorious from its 18-month effort to modify and remedy a defaulted commercial mortgage-backed securities (CMBS) loan, Commercial Observer can first report.

On Sept. 30, HBC, together with joint venture partner Simon Property Group, finalized a restructuring for an $846.2 million defaulted CMBS loan backed by 24 Lord & Taylor stores plus 10 Saks Fifth Avenue stores. The restructuring was done at par, with no discounted payoff and no interest forgiveness.

Iron Hound Management’s Chris Herron led the restructuring on behalf of the partnership.

“From the beginning of the pandemic we sought to modify the loan in a way that was fair for all constituents and we’re pleased that was accomplished,” a HBC spokesperson told CO. “We are optimistic about the future as we look to close 2021 stronger than ever with significant liquidity, and are well-positioned to support the growth plans for our retail and real estate assets, as well as our e-commerce holdings.”

A source familiar with the restructuring said the outcome speaks volumes to the quality of the real estate collateral: “A retailer, in the midst of COVID-19, completed a par restructuring of an $850 million loan and invested more than $90 million to complete the transaction. This doesn’t happen every day.”

The loan was securitized in the Hudson’s Bay Simon JV Trust 2015-HBS CMBS transaction in 2015, and sponsored by the HBC/Simon joint venture — also known as HBS. The collateral properties total a whopping 4.5 million square feet and include 19 fee-simple ownership interests and 15 leasehold interests.

When the coronavirus bore down on the U.S. in March 2020 and retail sales plummeted, retailers across the country braced themselves for lengthy store closures amid the greater unknown.

The HBS partnership missed its first loan payment on April 1, 2020, roughly two weeks after COVID hit, and the loan was transferred to special servicing in May. The first proposal for restructuring was submitted to the loan’s special servicer, Situs, within 45 days of the April default. It called for an extension of the roughly $150 million floating-rate component of the loan — which had a final extended maturity date of August 2020 — as well as a deferral of interest.

While several CMBS borrowers reached out to their special servicers to request assistance in the early days of the pandemic, in HBS’ case, a restructuring was vital. The loan was made on 34 assets that were open and operational at the time of the loan’s securitization in 2015, but not long after COVID hit, 24 of those assets were closed due to the Lord & Taylor bankruptcy.

Lord & Taylor had sold its operating business to Le Tote in 2019 and no longer owned the Lord & Taylor tenant. So, when Le Tote filed for bankruptcy in August 2020, Lord & Taylor also went out of business and triggered several loan covenants, such as “go dark” provisions and EBITDA, or earnings before interest, taxes, depreciation and amortization, ratios.

By May, Situs, the special servicer for the $846 million loan, had filed a lawsuit accusing HBC of engaging in a corporate “shell game” that diluted the creditworthiness of the loan, The Real Deal reported. HBC denied those allegations.

As COVID extended its grip through 2020, much of the year following HBS April payment default was spent dealing with the litigation.

But in March 2021, the loan’s special servicing was transferred to Green Loan Services and restructuring conversations resumed in earnest — finally culminating with the modification that wrapped last month.

The litigation has now been resolved with the recent restructuring.

At the restructuring’s closing, HBS brought all debt service on the CMBS loan current from April 2020 through the modification date of Sept. 30, 2021 and also made the October payment — adding up to an approximately $90 million payment. The CMBS loan is now 100 percent current.

HBS pays debt service and operating rent every month, and there is also a ramp-up schedule that will see the full resumption of operating rent payments by the one-year anniversary of the closing date.

The restructuring also includes the option for the borrower to pursue alterations — with lender consent — of the former Lord & Taylor collateral. Given the strength of the real estate collateral, the highest and best use of that collateral may ultimately take a different form, sources said.

Indeed, one source said the reason that the partnership was so committed to this transaction was partly because of the high equity value of the physical collateral of the loan.

The Lord & Taylor locations in the trust include properties in affluent suburban communities like Eastchester, N.Y., Stamford, Conn. and Garden City, N.Y., as well as the King of Prussia Mall in King of Prussia, Pa.

The Beverly Hills Saks Fifth Avenue location — near Rodeo Drive at 9600 Wilshire Boulevard — is one of the crown jewels in the deal, as a redevelopment play that also carries a large value. Sources said the Saks collateral in the pool is “going gangbusters” right now (in other news, the retailer’s e-commerce unit is now preparing for an IPO, The Wall Street Journal reported). While it was reported last November that the Beverly Hills asset was headed for a foreclosure sale, that too was put on hold as restructuring negotiations resumed early this year.

Also as part of the restructuring, release pricing was increased for certain higher-value assets in order to deleverage the loan over the course of the next three years as a refinance and disposition plan is executed — one that is now feasible given the terms of a long-awaited restructuring.

“This closing represents 18 months of continued effort by all parties involved to reach a resolution to a problem born from circumstances beyond anyone’s control,” Iron Hound’s Herron told CO. “The structure and capital investment made by the borrower reaffirms the strength of both the underlying collateral and the HBC operating business.”

Officials at Situs and a spokesperson for Green Loan Services did not return a request for comment.

Cathy Cunningham can be reached at cunningham@commercialobserver.com.