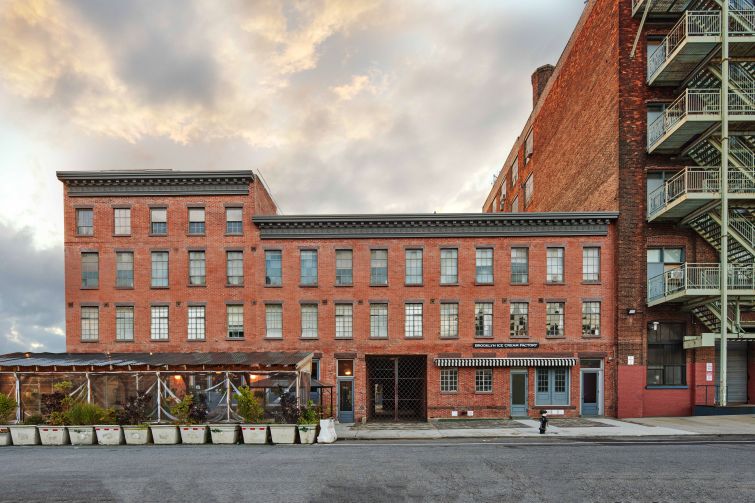 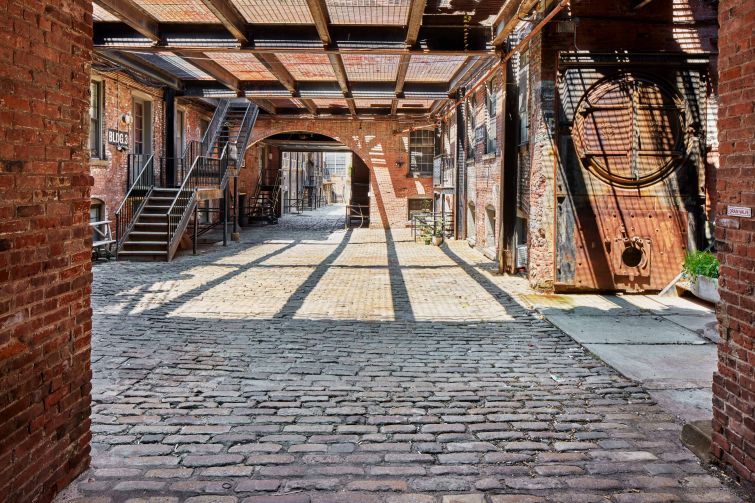 The nine-building property on the Newtown Creek waterfront has a 250-foot-long interior courtyard. Image: CBRE 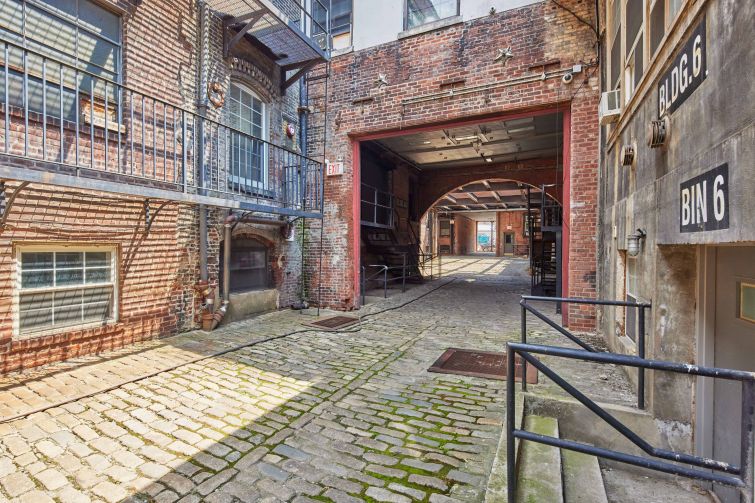 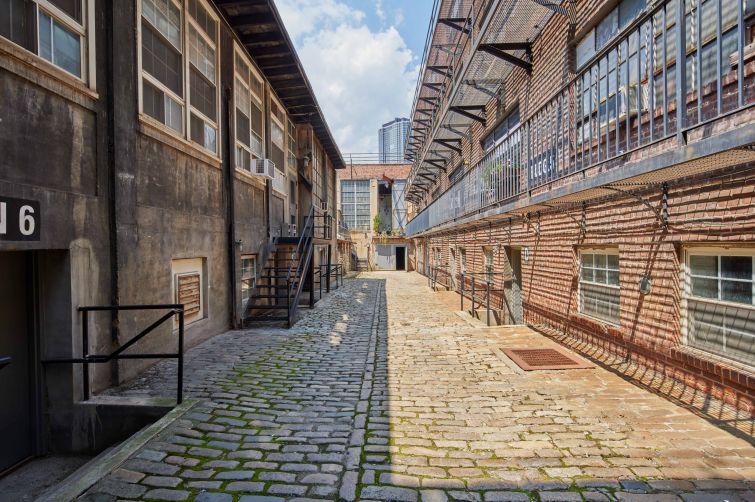 A former 1850s glass factory complex on the Greenpoint waterfront in Brooklyn has hit the market and is expected to trade for at least $40 million, according to brokers at CBRE.

The nine-building assemblage at 93–99 Commercial Street sits on a semi-industrial block between Box Street and Manhattan Avenue, at the northern edge of Brooklyn. The 48,330-square-foot lot has 100 feet of frontage along Newtown Creek and is 484 feet deep. Its properties are arranged around a 250-foot-long internal courtyard.

The 104,400-square-foot complex holds 22 apartments — a mix of free-market and rent-regulated units — two ground-floor retail spaces and several loft and office spaces. A Mediterranean restaurant, Glasserie, has operated out of the building at 95 Commercial Street since 2013, and the current landlords run a scoop shop called Brooklyn Ice Cream Factory next door.

Although it doesn’t have a formal asking price, the broker handling the site said he expects it to sell for “north of $40 million.” The property is priced at $383 a square foot for the existing buildings, and it has an additional 28,000 square feet of unused development rights that could be used to build new residential units.

“I’ve never seen something like this in this area,” said Dan Kaplan, an investment sales broker at CBRE who’s marketing the property. “It takes someone with a creative mind ot turn it into a multipurpose, mixed use building.”

The current owners are the Kennedy family. Martin Kennedy purchased the building in 1977, property records show, and renovated it over the years until his death in 2019. His obituary in the Rye Record described him as “a real estate entrepreneur who pioneered transforming derelict factories along New York City’s Brooklyn waterfront into desirable and aesthetically pleasing residential and commercial properties.”