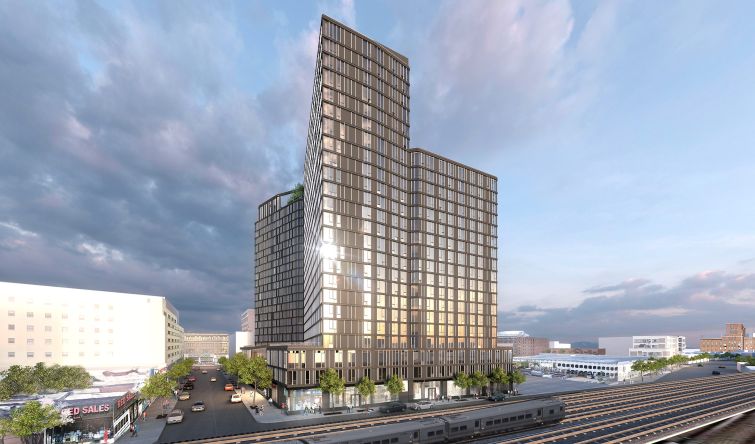 The deal includes an unspecified amount of opportunity zone funding for the 524,000-square-foot asset that will feature 605 affordable housing units and 14,000 square feet of retail space.

“Affordable housing and access to quality jobs are foundational elements to all strong communities and are key focus areas of our One Million Black Women initiative, which seeks to narrow opportunity gaps for black women in the U.S.,” Margaret Anadu, Goldman Sachs’ global head of sustainability and impact for asset management, said in a statement. “Archer Towers drives both of these impacts, making it another step forward in ensuring that this neighborhood will be a place of choice and opportunity for the families that call it home for decades to come.”

The Goldman Sachs UIG is in the midst of another active year after closing $1.9 billion of deals in 2020. It kicked off 2021 by providing $188 million for the National Urban League’s new $242 million headquarters in Harlem, for which BRP is one of the project developers.

Manhattan-based BRP broke ground on Archer Towers this morning, marking the firm’s second major development in Jamaica following the recent completion of a 669-unit mixed-use residential building called The Crossing at Jamaica Station. That project, which is slated for completion in 2024, is located near the Jamaica Terminal transit hub that has access to the subway, JFK International Airport’s AirTrain terminal and the Long Island Rail Road.

“We’re excited to celebrate the start of construction of Archer Towers, which will deliver much-needed workforce housing options to the local community,” Meredith Marshall, co-founder and managing partner at BRP, said in a statement. “Much like The Crossing at Jamaica Station, we believe Archer Towers will have a tremendous positive impact on the neighborhood and will add to the vibrancy of downtown Jamaica.”