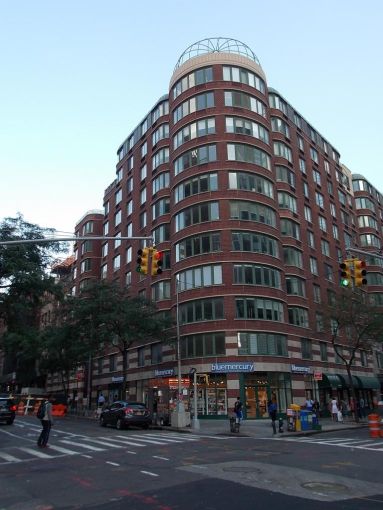 The bilingual German School Manhattan snagged 3,692 square feet at 85 Warren Street for the school’s second location, right across the street from its 74 Warren Street outpost, Commercial Observer has learned.

The independent pre-school, kindergarten and elementary school inked a 10-year transaction for the space so it can grow its program by one grade per year starting in the 2022 school year, according to the landlord, Manhattan Skyline Management Corp. The property owner declined to comment on the asking rent in the deal, which closed in the third quarter of this year.

The second facility, which also uses the address 275 Greenwich Street, is the start of the school’s planned expansion on the block of Warren Street between Greenwich Street and West Broadway.

“With this expansion to 85 Warren Street, we will be able to create additional warm and inviting spaces for our families while also maintaining a tight-knit and cohesive school community,” Julia Stratmann, a development staffer at the German School Manhattan, said in a statement.

The bilingual school first opened in Tribeca in 2018 after taking 10,000 square feet at 74 Warren for 10 years. The new space, between Warren and Murray streets, sits inside an 11-story condo building constructed in 1987, according to PropertyShark.

The German School’s location was formerly occupied by The Park Preschool before its closure last year due to the pandemic after 31 years of teaching 2- to 5-year-old students. After its sudden shutdown, parents who paid more than $17,000 in tuition for the exclusive school complained that they hadn’t been refunded the money, the New York Post reported.

“The German School Manhattan has been a wonderful addition to Warren Street, and we are pleased to be able to accommodate their continued growth in the Tribeca community,” Manhattan Skyline’s Joshua Roth, who handled the deal in-house for the landlord, said in a statement.

German School Manhattan did not use a broker in the deal. It did not immediately respond to a request for comment.