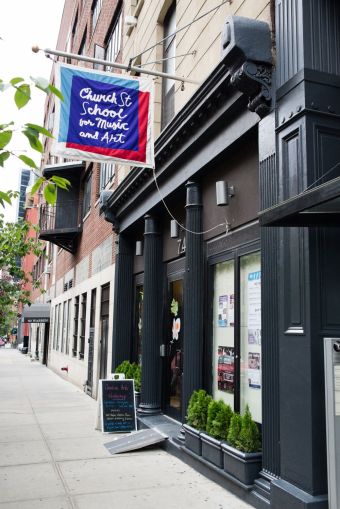 The new school—slated to open in September—will occupy 4,000 square feet at grade and 6,000 square feet below grade at Mark Jaffe‘s 74 Warren Street between West Broadway and Greenwich Street, according to Compass’ David Graff, who along with Jake Velazquez and Rachel Rainaldi, represented the landlord. The lease is for 10 years with a blended asking rent of $60 per square foot, Graff said.

Having a school take the space made sense, as it “definitely has good bones to it,” Graff said.

“They will have a close cooperation with GSB,” Hammon emailed. “The same educational program and with the goal to have a shared middle and high school.”

The five-story mixed-use building at 74 Warren Street is comprised of a 1,400-square-foot retail space on the ground floor that Wicked Juice and Kitchen had been in (now vacant), a fifth-floor office unit that Bouley Test Kitchen had occupied (now vacant) and the rest is residential rental units.