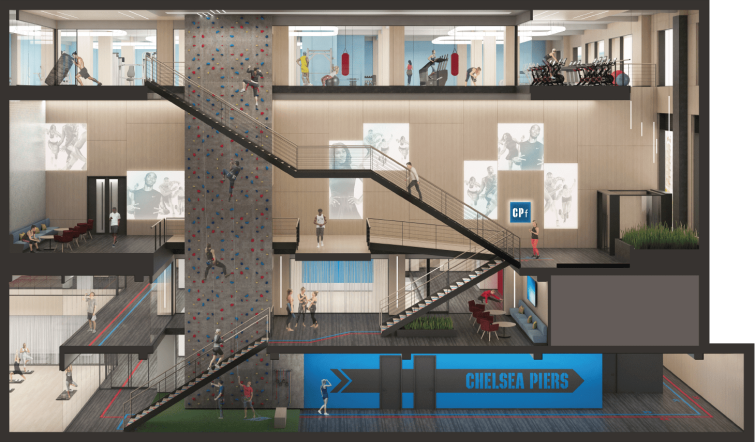 Chelsea Piers signed a 20-year lease to open a 55,780-square-foot fitness center on parts of the ground, second and two basement levels of the planned 26-story tower bordering Madison Square Park, according to the developer.

A spokesperson for SL Green declined to provide the asking rent.

The center will be Chelsea Piers’ fourth location in the city. It plans to “deliver every fitness product and experience available in the market today, as well as new concepts and technology, which will set the high bar for health and wellness just as One Madison will set the high bar for new, sustainable office development,” SL Green Managing Director Brett Herschenfeld said in a statement.

SL Green acquired One Madison from MetLife for $918 million in 2005, and later announced a $2.3 billion plan to gut-renovate the existing historic structure and add a new glass tower with open, column-free office space.

The National Pension Service of Korea and Hines in spring 2020 acquired a 49.5 percent interest in the project for at least $492.2 million of equity, with Hines serving as a co-developer, as Commercial Observer reported. The developers secured a $1.25 billion construction loan in November and broke ground on the project that month. It’s expected to be completed in 2023.

“It is a privilege to be associated with such an iconic New York brand like Chelsea Piers,” Grace said in a statement.