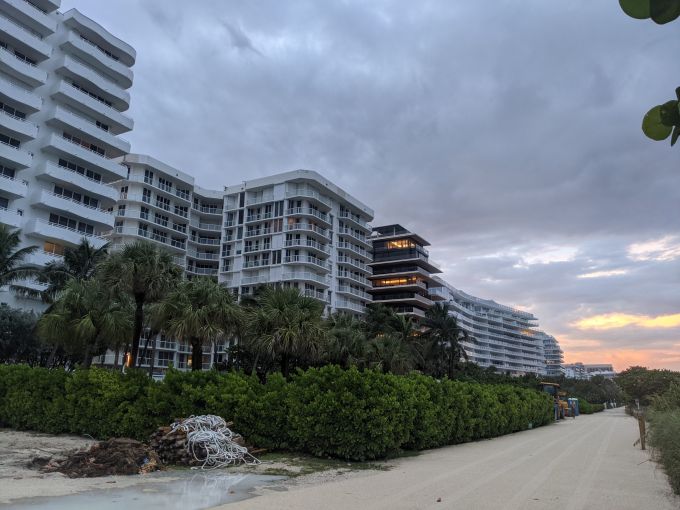 A condo heavyweight is making a play for the Champlain Towers left standing in Surfside, Fla.

Related Group, one of Miami’s largest condo developers, is seeking to buy the sister buildings of Champlain Towers South, which collapsed in June and left 98 people dead, The Miami Herald reported.

Champlain Towers South was part of a three-building condo community built in the 1980s and 1990s. Champlain Towers East and North are located at 8855 and 8877 Collins Avenue, a block north from the site of the collapse. Together, the remaining buildings hold 222 units, according to property records.

Residents have continued to live at the two properties. But questions remain about their safety, especially that of the North building, given its similar structure and age to Champlain South. The East tower was constructed in 1994, more than a decade after the other buildings, and with a different design. While the source of Champlain South’s collapse is unclear, experts have pointed to Champlain South’s shoddy design as a possible cause.

Miami-based Related Group, led by father son duo Jorge and JP Perez, is looking to buy out the owners of both buildings in a process known as condo termination, and then demolish them. Related will only proceed with the termination of the North building if more than 95 percent of owners agree to sell, according to the Miami Herald. It’s unclear if Related would apply the same rule to the East building.

Some residents have already declined Related’s offer, the Herald reported.

Representatives for Related did not respond to a request for comment.

Related’s move is part of a growing trend among developers. Since the collapse, Miami’s residential market has continued to soar as buyers shun decades-old buildings in favor of new products. Developers are seizing on the opportunity, snapping up decaying oceanfront properties to build new ones.

It’s also not Related’s first termination deal. The firm is already in the process of buying a Bal Harbour condo tower, built in 1956, for $130 million, according to The Real Deal.

The site of the collapse is likely to also fall into the hands of developers. Dubai-based Damac Properties has offered $120 million for the land, which is expected to be sold at final auction next spring.