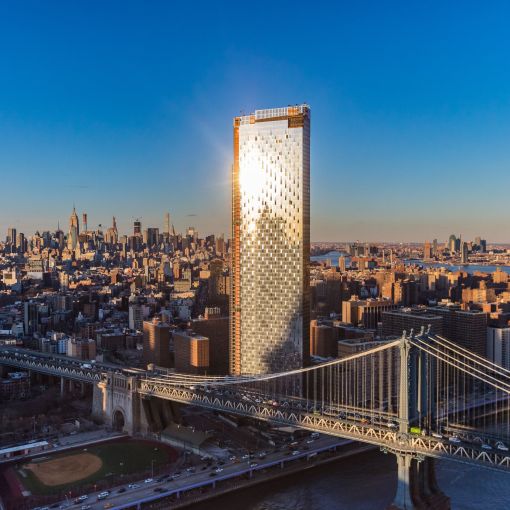 The 30-year lease puts the food purveyor, which plans to open its fifth location in the middle of next year, in two floors at the bottom of the 815-unit condo tower, with an address of 227 Cherry Street, the New York Post first reported. Asking rent was $90 per square foot on the ground floor and $50 per square foot on the lower level, according to RIPCO Real Estate’s Richard Skulnik, who represented Extell in the deal.

“It’s an amazing addition to the neighborhood,” Aaron Cukier, Extell’s vice president of commercial leasing, told Commercial Observer. “Brooklyn Fare saw an opportunity where there were a lot of a lot of people in the area and people in the building [but] not a grocery store really close by. … They were looking for long term, believing that the neighborhood is transforming.”

Dubbed One Manhattan Square, the new lease is a win for the more than 1 million-square-foot building and Gary Barnett’s Extell, which, along with a subsidiary, lost $206 million in 2020 due to falling property values, higher financing costs and the sale of some of its holdings and interests, CO reported.

Blackstone Group lent the developer $692 million to refinance the project in 2019, CO reported. The financing package replaced a construction loan from a Deutsche Bank-led group and paid off part of a $463 million loan from RXR Realty, reducing the outstanding amount to $202.1 million.

The new space is a positive sign for Brooklyn Fare, which had to temporarily shutter its popular Chef’s Table restaurant in Hudson Yards during the pandemic. It finally reopened in April.

Lee & Associates NYC’s Brad Schwarz, JP Sutro and Morris Dweck handled the deal for Brooklyn Fare. RIPCO Real Estate’s Skulnik and Lindsay Zegans represented Extell, along with the developers own Cukier and Alan Oppenheimer. Schwarz did not immediately respond to a request for comment.