Blackstone to Lend $692M to Extell for One Manhattan Square 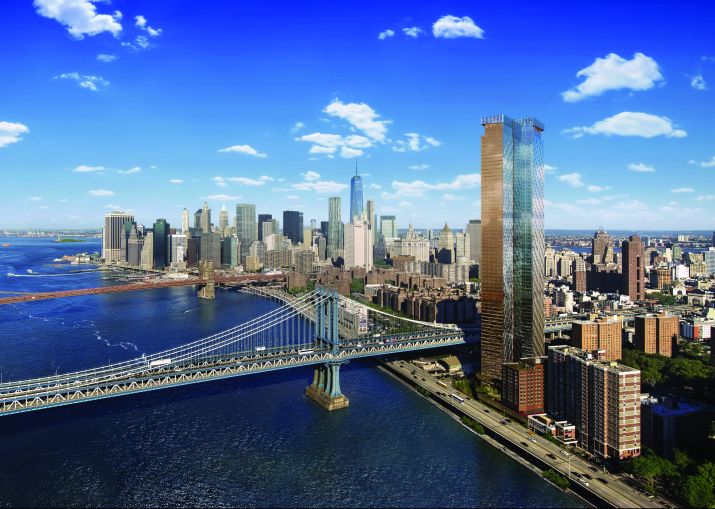 Blackstone Group has agreed to provide Extell Development with a $692 million loan package for One Manhattan Square, an 815-unit condo project on the Lower East Side, Commercial Observer has learned.

The financing package is composed of a $553.5 million condo inventory loan on the 688 unsold units at the project, and a $138.2 million mezzanine loan, according to documents filed with the Tel Aviv Stock Exchange.

Both loans carry an interest rate of 4 percent over Libor and mature in September 2022, with an option to extend for another year if certain conditions are met.

The financing for the project, at 252 South Street, has been something of a challenge for Extell’s Gary Barnett. Previously, Extell secured a $750 million construction loan for the project, a $463 million loan from RXR Realty, EB-5 money and Tel Aviv bonds.

The funds will replace the construction loan, provided by a Deutsche Bank-led trio of banks in 2016. The loan expired at the end of the month, and $557 million remains outstanding.

The deal also frees up $180 million of sales proceeds, which were locked as long as the construction loan was outstanding. Those funds, combined with another $62 million from the financing package, will go towards RXR’s loan, reducing the outstanding amount to $202.1 million.

Since the launch of sales, Extell has a total of 173 units sold or under contract, according to a spokesperson for Extell.