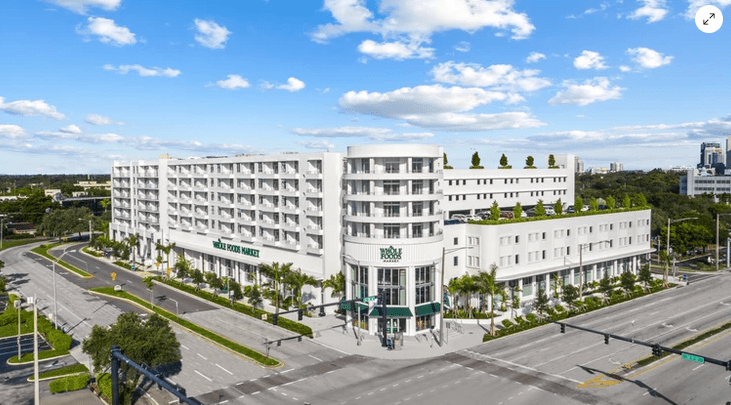 The Palm Beach Gardens-based developer bought the 3.2-acre parcel, which formerly housed a motel and restaurant, for $18.5 million in 2018. It spent an additional $76.2 million to build the eight-story property, which opened last year, according to property records.

Ram Realty is working on a similar mixed-use project in nearby Oakland Park called BLYS, which will feature 300 apartments as well as a Sprouts Farmers grocery store and 8,000 square feet of retail. The initial phase is scheduled for completion later this year, per Ram Realty.

Headquartered in Arlington, Va., AvalonBay reported net profits of $79 million during the third quarter of 2021. The firm, led by Timothy Naughton, boasts that it owns 293 multifamily properties across 13 states, which include 87,416 apartments, and employs 3,000 workers.