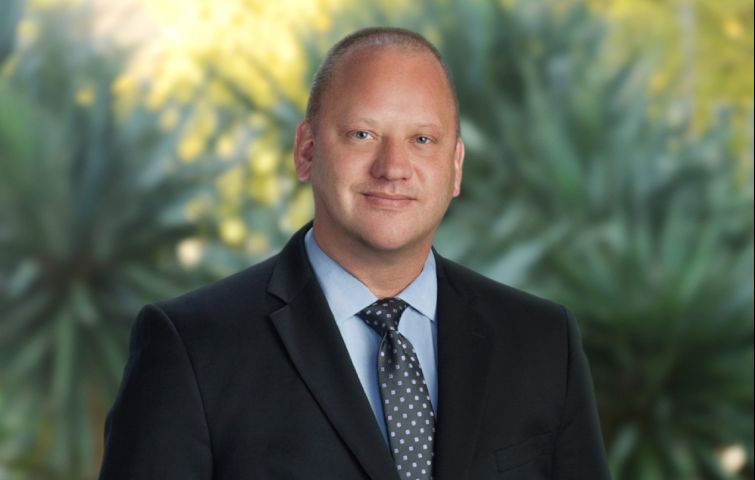 Thomas Bradford has made an unusually circuitous — but, ultimately, logical — journey to his newly created position of vice president of property technology for Hines. Along the way, he gained many insights into tenant and landlord needs, as well as how technology has become an increasingly vital component for each.

Proptech Insider spoke with Bradford in late August about how he and Hines see the ever-more central value of tech in real estate.

PropTech Insider: You have a national role, but where are you based?

Tell me a little of your background.

Atlanta, Georgia, is where I was born and raised. Graduated from Georgia State University with a B.A. in accounting and worked for Deloitte & Touche at the time for two years out of college. I decided I wanted to get into [real estate], so I made a career change and spent the better part of 13 years in Atlanta managing a number of assets for Hines.

During that time, I’ve always had a passion, if you will, for efficiency and for the leveraging of technology. That’s certainly easy to say today, but going back 15 years ago, things just weren’t what they are now in terms of the available technology, both from speed to integration. It’s almost as if I’ve had to be patient during that 15 years for technology to catch up. Where we’re at now is we have a lot of resources in Hines: We have a business technology group and we, of course, have information technology. We have an innovation department.

As things have started to pick up on the technology side, from a property operation standpoint, we recognize within the firm that we really needed representation from the property side; someone who knows how properties work; things you have to think about when you go to sell a building; what’s practical, what really works and what are the points of leverage that can be taken advantage of. And then, how does that fit into the bigger picture of ownership and the information that Hines needs.

Is this a new role and when did you begin it?

It must be exciting to be able to create something from scratch at such an established real estate giant as Hines.

It’s a fantastic opportunity. I mean, I’d be lying if I didn’t say it was a dream job. But also, as you get farther into your career, what I think all of us want to do is to continue to add value and continue to have new challenges. This is a little bit of a pinch myself and say, is this real?

As I’ve always done in this group, my focus is on the boots on the ground: property managers, engineering managers, people running the buildings. That’s what this job calls for.

To whom do you report and what is the mission that was given to you in creating this new role?

Clayton Ulrich [senior vice president of engineering] — who is, I believe, 46 or 47 years with Hines — is who I immediately report to.

We were looking at how we serve the business as a support organization, if you will, within Hines. Property technology is something I had been working on, really, kind of as my non-day job activity, because, again, I enjoy that aspect of it, and I can see what opportunities there are to help our managers. In talking with our CIO and our head of business technology, it just kept coming up that there’s a gap. We need property representation. We need someone who understands the perspective of the properties. And it got to a point where I said, “Man, this is something that I think we really need.”

It was brought to Adil Noorani [senior vice president, global head of management services] and we talked about it for a little bit. So, my experience and tenure with the firm, having done accounting property management and having worked in properties for roughly half my career [led to getting the position].

And then, the other piece was that when I came to Houston about 15 years ago, I was also involved in our conversion from our old accounting system to Oracle, the reason being my accounting background number one, but number two, we were looking to have a lease management system and then also a consolidation system. So I spent about three years on that project, helping to design it within Hines in terms of how we’re going to operate on it, training property managers and then deploying it out in the field. So that was another kind of experience that helped me foundationally in the job that I have now.

So your direct clientele are the property managers at Hines properties?

Yes, absolutely, I would say it’s the property managers, the engineering managers, the team that operates the property. And I would say, somewhat indirectly, the ownership. One of the interesting and challenging things about this role is that we have a number of disparate ownerships. We have partnerships, we have third-party institutional investors, and you can go from one building to the next and, although, roughly the objectives are the same, they have differing opinions and want to do things differently.

An example of how things are evolving is that five, six, seven years ago, owners really didn’t want to hear about cybersecurity. Or they’d say it’s something that we need to look into. Now they’re saying, “Why haven’t you looked into it yet?” And we’ve been very proactive on that stance and I think the same is really coming true around property technology. “Hey, why aren’t our systems integrated? Why aren’t they web-based, cloud-based? Why aren’t they all on a single network and managed as a converged network?” So that’s part of how we serve our disparate owners.

Ultimately, the goal is to, obviously, return a profit for them, while serving our tenants extraordinarily well, which is truly where our property management, engineering focus has always been and will continue to be. Our philosophy is if we take care of the tenant and take care of the building, everything else really works itself out.

Are you planning to build up a team under you, or are you right now a one-man band?

You can say one man. I have a management assistant, who is part of the corporate operations group that I work with. I’m having a lot of conversations and meetings with our business technology group folks, our IT group, and then, also we have a corporate analytics department. I think I failed to mention them earlier. So part of the initial effort is going to be to figure out where some leverage points are for me. I think that time will tell, but yes, it’s likely there will be some additions. I’m anticipating that in 2022 or 2023.

Along with leveraging internal resources and technology for your work, are you going to be working with outside proptech startups or analyzing them to see if they fit into the hiring system?

So part of what we already have with our innovation group, and we’ve actually been doing this for a couple years now, is working with our partner Fifth Wall, which does quite a bit of work on that end. They’ve helped introduce us to a lot of new startups and technology groups, but I will say that even though they’ll continue to do that, I’m going to be looking at startups to some degree.

We want to make sure that whatever we look to implement in our properties is not necessarily “cutting edge,” [but] something that leverages technology, the web and integration that has APIs and all those things. So there’s going to be some criteria that we establish, but we also want to be cautious not to just go out and look at the newest kid on the block. We need to make sure these companies are going to be around for a while, financially stable. And I’ll continue to leverage our innovation group, Fifth Wall and others.

Along with the utilization of such startups, in part through Fifth Wall, is Hines looking to invest in such companies as well?

I can’t necessarily speak to that. There may be something that is above my paygrade in terms of what Hines looks to do in terms of investment.

What is the one thing that you want to get accomplished in the next six months in your new role?

We’re continuing to work through cybersecurity assessments, and in all of our properties, we’ve gotten quite far in that. That’s one piece of it. The other piece is a full inventory of all the systems that we have. Not simply the names of them, but the versions that are on hardware, or web-based, or cloud. We want to really start to piece together and develop a strategy for how we get from where we are today to what I’m just going to call a new foundation, which is really digital.

A lot of what I’m seeing is people who are going to, what I call, the “Star Wars” version of things, where you’ve got thousands of sensors in your building and it tells you every step you’re taking and it really, in my opinion, just feels like a lot of overkill.  You can certainly do those things, but you have to really throw a lot of money at it. We want to be practical. We want to leverage technology, but we want to do it the right way. That doesn’t mean it needs to take a long time, because a lot of these foundational systems are available.

You’ve been with Hines and in the industry for a long time. Has it surprised you how long it’s taken for real estate to adopt technology as a core part of the business?

I don’t know that I would say I’m surprised, because of the nature of the business; the disparate owners, the buying and selling of properties. There’s so many ownerships in so many management groups, and because it turns over — obviously, depending on the asset — a number of times, that to me is one of the main reasons why I’ve been frustrated. Because I’ve known for some time that there’s a lot of opportunity for leverage.

But I’ve also realized in the last few years, as I commented at the beginning, that I don’t know that we were truly ready to leverage technology. You know there’s speed and then there’s integration. And there’s a lot that happened in the last few years that really has made it easier to leverage it. So I’m not surprised it’s taken this long because of the nature of real estate, but I’m excited that we’re at a tipping point where it’s going to happen.