Sustaining Sustainability: The Economics of Decarbonization 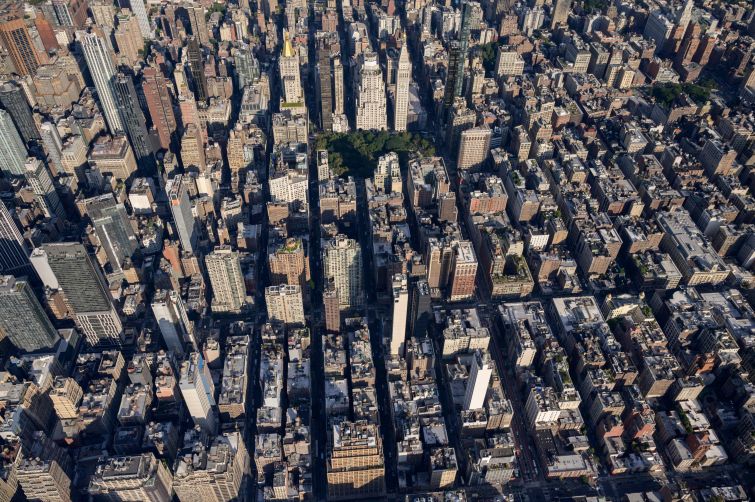 With the combined current emphasis on improved health in light of COVID-19 and a greater environmentalism in response to the rapidly encroaching effects of climate change, there may be no more essential buzzword in CRE today than “sustainability”.

For a comprehensive look at how the commercial real estate industry is approaching the move toward greener, healthier and safer buildings, along with other sustainability-related topics, Commercial Observer hosted a virtual “Sustainability Forum 2021” on Sept. 14, presented by developer and owner RXR Realty.

Clement, who is new to RXR, mentioned that the environmental, social and corporate governance (ESG) mindset was firmly entrenched there and that he was starting to field questions about it from investors.

“From an investment and portfolio level, a lot of investors are starting to ask about ESG, and they’re starting to ask about metrics,” Clement said. “They want quantification. They want data and metrics that are verifiable. In the two months I’ve been here, I’ve already had a few conference calls with institutional investors who asked us about our ESG metrics and policy.”

Trowbridge, a physician and public health researcher, who is also new to his company, said he was drawn to his new challenge by the clear impact of the built environment on public health.

“The data brought me here,” Trowbridge said. “When you think about the things that are driving health on a global scale, the evidence is overwhelming that the quality of the medical care that I provide only drives about 20 percent of health outcomes. Eighty percent of population health outcomes come from what we call the social and environmental determinants of health. The built environment is one of the most important of those determinants, and it’s something we can impact.”

McKeown emphasized that it would require strong policy for firms to get their buildings to net-zero carbon emissions.

“Here in New York state, we have the CLCPA (Climate Leadership and Community Protection Act), and the CMA (Climate Modernization Act) in New York City. Both are climate legislation which will direct property owners in the built environment to get to electrification,” McKeown said. “There will have to be a roadmap for all different property owners in all different industry types to try and get there, because we are moving to an all-electric environment in renewable energy, and anyone that’s left on fossil fuel is going to have to carry the cost of that infrastructure. From a policy perspective, it’s creating the laws, but then supporting everyone to be able to achieve the laws.”

Dean said she believes that real estate has been slow to integrate necessary proptech innovations. “We need to be deploying all the technology we have at our disposal,” she said. “We need to be rolling out these technologies which enable us to make existing buildings much more efficient, and designing new buildings which are much more passive. I don’t think those things are happening quickly enough at the moment.”

Cross mentioned that the Howard Hughes Corporation is compiling an ESG strategy heavily reliant on data. “What we’re starting to realize is that one of the ways in which we have to get smarter is to have continuous data,” Cross said. “If we have continuous data, then we can apply analytics, and that’s the way we can set rational annual goals that we can measure month to month and quarter to quarter.”

C-PACE (Commercial Property Assessed Clean Energy) is a public-private partnership that provides property owners with loans for making energy-efficient improvements in a building.

Celentano told of a recent project, the Lubber Run Community Center in Arlington, Va., where his firm was charged with integrating a replacement community center into a beloved park without overwhelming it.

“What we were able to do was put quite a bit of program on this site by creating a new ground plane,” Celentano said. “The new, park-level ground plane concealed a 130-car parking garage and 55,000 square feet of community space. With that integration of the park itself with the building, that allowed us to create new park space along with new usable space inside the building.”

VMDO even included what they called the “Forest Wing,” a wing of the building that “pushed out into the natural wooded park of the site, so you could really feel that connection,” he said.

The event concluded with a conversation between moderator Greg Cornfield, a CO associate editor based in Los Angeles; Vanessa Chan, chief commercialization officer and director of the Office of Technology Transitions at the U.S. Department of Energy; and Kate Frucher, managing director and co-founder at The Clean Fight, a booster group in New York.

Chan summed up the afternoon’s discussion by emphasizing that, for the push toward sustainability to be successful, all relevant parties need to have it as their focus.

“We’re really excited here at DOE, because we really are at the tip of the spear for trying to drive climate change,” Chan said. “We’ve been charged with making sure we develop, demonstrate, and deploy technologies that really can corner the energy market on a global level. And it’s really going to require everyone listening in to help us on that.”