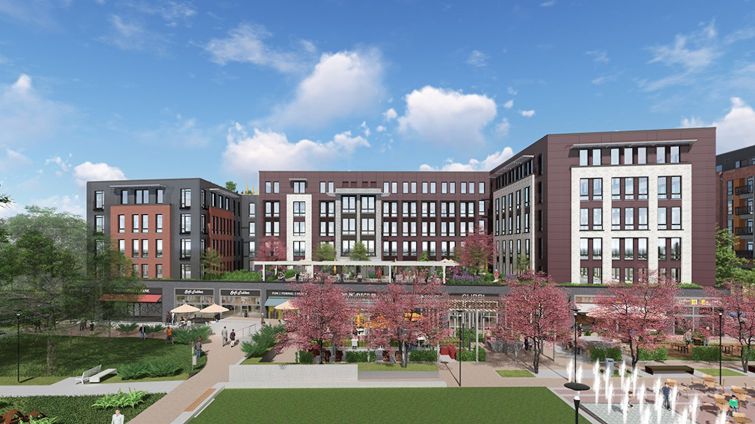 A joint venture between Hines, Urban Atlantic, Triden Development Group and Bridge Investment Group has received $30.855 million in construction financing for the development of 1115 Dahlia Street at The Parks at Walter Reed, a 66-acre redevelopment of the former Walter Reed Army Medical Center in Washington, D.C.

JLL facilitated the financing through Santander Bank and Tristate Capital Bank. The financing is a three-year, floating-rate loan with two one-year extension options.

When finished, The Parks at Walter Reed community will include 3.1 million square feet of mixed-use development across 66 acres.

“[It] will be one of the largest purpose built co-living projects in Washington, D.C., and the first within The Parks at Walter Reed,” Jamie Leachman, a senior managing director at JLL, said in a statement. “This emerging asset class will provide residents yet another Class A, yet cost-efficient option, for residents who will also be able to enjoy all the benefits that come with living within this premier master planned development.”

Co-living company Common will serve as the property’s manager.

The property is near Takoma Metro Station and just five miles from both the Washington central business district and Downtown Bethesda, Md.

1155 Dahlia Street is one of three buildings that will comprise the area known as the Marketplace, which will offer shops, restaurants and retail amenities, including a 60,000-square-foot Whole Foods.

The building is slated to open in late 2022.