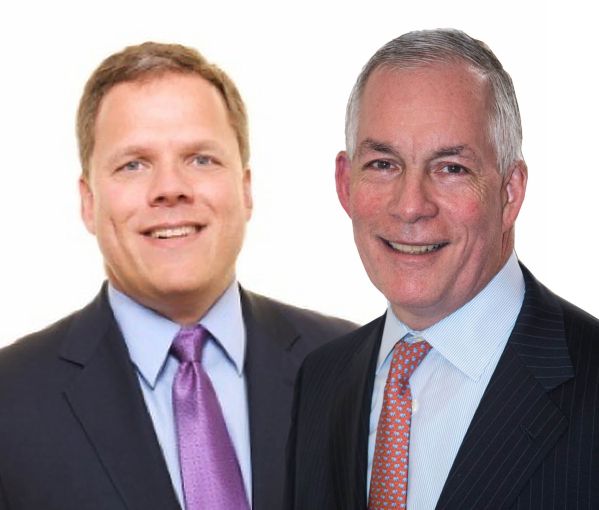 Happel and Zuber will focus on equity investments throughout the Northeast, beginning with Rubenstein’s New York office. They will have additional roles with the company’s tri-state area and Boston properties.

“We continue to see significant opportunity in the dynamic office markets of the Northeast, and we could not be more excited to bring on Mike and Joe to lead our equity investment activities in New York, Boston and Connecticut,” Rubenstein founder and Senior Managing Principal David Rubenstein said in a statement. “Their background and depth of experience should make a significant impact as we aim to take our New York and broader Northeast presence to the next level.”

Based in Philadelphia, Rubenstein recently built the 25 Kent office building in Williamsburg, Brooklyn, and is redeveloping the ACME Smoked Fish Factory in Greenpoint to expand it and add 454,600 square feet of office space, which the New York City Council approved for expansion in May. Rubenstein also has ongoing projects in Stamford, Conn.

For the past three decades, both Happel and Zuber have been leaders in the real estate sphere. Since founding New York REIT in 2009, Happel has amassed more than $3.5 billion in acquisitions.

His resume also includes a stint as co-head of acquisitions for the Morgan Stanley Real Estate Fund (MSREF), as well as senior positions at Westbrook Partners and Atticus Capital.

“Joe and I are looking forward to getting started with Rubenstein,” Happel said. “David and his team have established a strong and growing foothold in New York and other Northeast markets, and we expect to make a difference in sourcing and closing new, value-added office deals that continue to build the Rubenstein franchise.”

Zuber has also worked throughout the industry, covering the investment, development and asset management spaces. He most recently held the title of managing principal at private equity firm Black Walnut Capital.

In the past, Zuber spearheaded the restructuring of Colorado-based Amstar Group, was chief investment officer of The City Investment Fund, and served as president and chief operating officer at O’Connor Capital Partners. Like Happel, Zuber also spent time at MSREF, where he worked as executive director.

“We’re excited to be joining Rubenstein’s team, which we view as one of the best in class in the industry,” Zuber said.