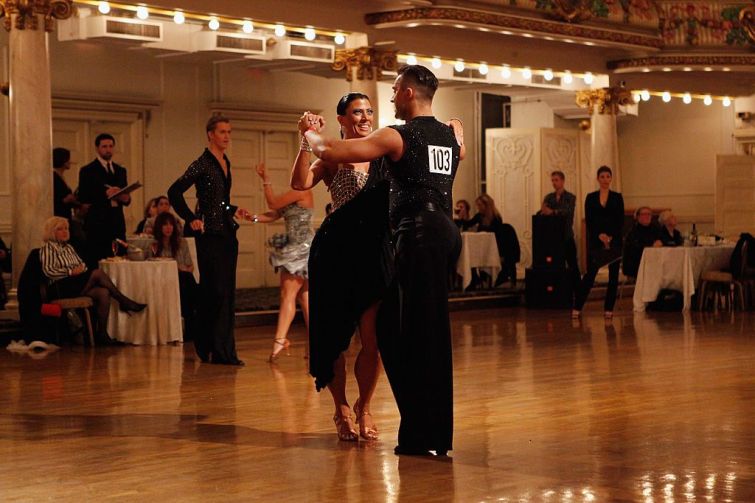 It’s a nightmare come true for some Park Slopers.

Alterations and damage to the building’s facade and interior were too extensive to grant the building landmark status, Landmarks wrote in a letter to neighborhood activists that campaigned to save the wedding, festival and dance venue.

“The agency has determined that Grand Prospect Hall does not rise to the level or architectural significance necessary for consideration as an individual landmark,” Kate Lemos McHale, Landmarks’ director of research, wrote in the letter. “As a regulatory agency concerned with protecting historic fabric, we must consider the integrity (or intactness) of the building.”

The letter cites the removal of the pedimented cornice, alteration of a frieze above the first story and across the entrance, and the alteration of the first-floor storerooms as adjustments that diminished the hall’s original design.

McHale also wrote that the building’s interior was dismantled before Landmarks received a request to designate the hall as historic, as authorized by permits issued by the Department of Buildings on July 2.

The hall was one of 12 properties Rigas bought on June 24 as part of a $30 million assemblage — covering 73,104 square feet of space between Fifth and Sixth avenues. The hall alone was sold for $22.5 million, Commercial Observer reported.

Rigas, under the entity Gowanus Cubes, filed plans to level the structure and replace it with a residential development, Brooklyn Paper reported. The historic hall has since been covered in scaffolding.

After learning that the hall — home to the annual Zlatne Uste Golden Balkan music and dance festival — was slated for the wrecking ball, local teen Solya Spiegel, 16, and her boyfriend Toby Pannone, 18, launched an online petition to save the hall, which has garnered more than 40,000 signatures to date.

Pannone said he was not giving up on saving Grand Prospect Hall, and was even considering working with the developer to try to preserve the facade of the building. He added that he was disappointed that Landmarks took about a month just to tell him that the hall would not qualify for a review.

“We’re going to keep going, either until the building is saved or the last pieces of rubble are being cleared off the ground,” Pannone told CO. “We are going to keep pushing.”

Pannone was not alone in his request to Landmarks. New York City Council Member Brad Lander for Park Slope and state Assemblymember Robert Carroll wrote to Landmarks on July 23, urging that the organization designate the hall as a landmark because of its cultural and architectural significance, Lander wrote on Twitter.

And the venue has a long history in Park Slope. Previous Grand Prospect Hall owners Michael and Alice Halkias were known for their cheesy, and seemingly always on, television commercials that undeniably promised to make a couple’s dream come true. The couple owned the hall for decades until Alice Halkias sold it to Rigas following the death of her husband due to the coronavirus.

The Halkias’ commercials were parodied by “Saturday Night Live” and the couple even appeared on “Jimmy Kimmel Live.” In 1999, Grand Prospect Hall was added to the National Register of Historic Places, but that doesn’t allow it to be saved from the wrecking ball.