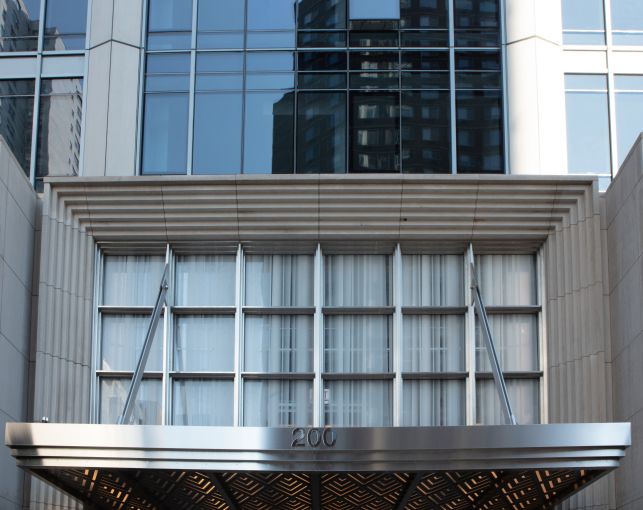 In what has become a yearslong legal fight, 200 Amsterdam Avenue has won the most recent battle — and the war.

Thanks to a recent court hearing, developer SJP Properties will maintain its 52-story perch on the Upper West Side, overcoming a judge’s former ruling to cut the development’s height.

The luxury tower literally towers over West 67th and 68th streets: At 670 feet, it breaks the neighborhood’s record for tallest building and the area’s zoning laws. Since construction went underway in 2019, developers have been enveloped in various legal battles over building codes.

Various neighborhood and community groups backed Perry’s decision, speaking out against the tower’s strategic combination of partial tax lots as a means of finding a loophole around zoning codes. Groups like the Committee for Environmentally Sound Development and the Municipal Art Society of New York took 200 Amsterdam to court, hoping to block its rise.

The city later closed the loophole, but filed an appeal against Perry’s decision, arguing that it’s “the city’s responsibility to fix flawed policy — not the court’s.”

But the court thwarted 200 Amsterdam’s haircut attempts. In March, the court unanimously ruled in favor of the skyscraper’s developers, giving 200 Amsterdam the green light to resume construction.

This latest ruling is a response to subsequent attempts from activists who have continued to refute the building’s growth. Since March, neighborhood groups have continued to fight developers with legal appeals. The court’s most recent ruling rejected those appeals, clearing the way for 200 Amsterdam to open as planned.

SJP has since relaunched sales, with penthouses currently in contract for $19.3 million and $17.5 million. The building is set to open for its first-ever residents in the near future.

“Today’s decision by the New York Court of Appeals, the highest court in New York, to deny leave to appeal definitively ends the unwarranted legal challenges against 200 Amsterdam,” Steven Pozycki, chairman and CEO of SJP, said in a statement. “This decision confirms the Appellate Division’s recent unanimous ruling that 200 Amsterdam’s building permits are lawful and properly issued.”