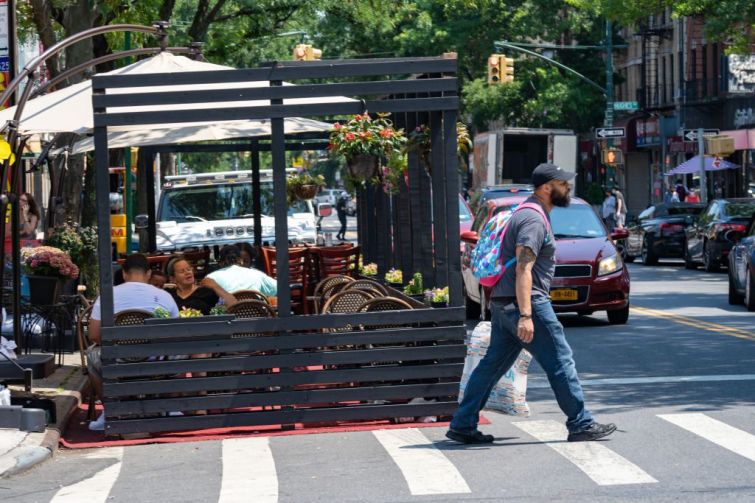 People eat at a cafe during the lunch rush in the Bronx. Photo: David Dee Delgado/Getty Images

A Latin eatery is opening its first-ever Bronx location.

The restaurant snagged 7,500 square feet at the Gun Hill Commons shopping center, owned by Urban Edge Properties. A spokesperson for Lee & Associates NYC, which brokered the deal for the tenant, did not immediately respond to a request for comment on the details of the long-term lease.

“We’re thrilled to be opening our first location in the Bronx,” Felix Cabrera, the founder and owner of La Casa Del Mofongo, said in a statement. “We saw an incredible opportunity to expand into a large and well-equipped building that’s convenient and easily accessible.”

The shopping center, located off I-95, is owned by the New Jersey-based publicly traded real estate investment trust company Urban Edge, according to its website. It owns 77 retail properties across the country with 41 located in New Jersey and 19 in New York — mostly composed of malls and shopping centers.

Lee & Associates’ Steve Lorenzo represented the restaurant in the transaction, which closed last month, and Josh Birns handled it in-house for the landlord.

“We couldn’t be happier to assist in bringing La Casa Del Mofongo’s first Bronx location to fruition,” Lorenzo said in a statement. “This location proved to be the perfect opportunity for the restaurant’s first foray into the area.”