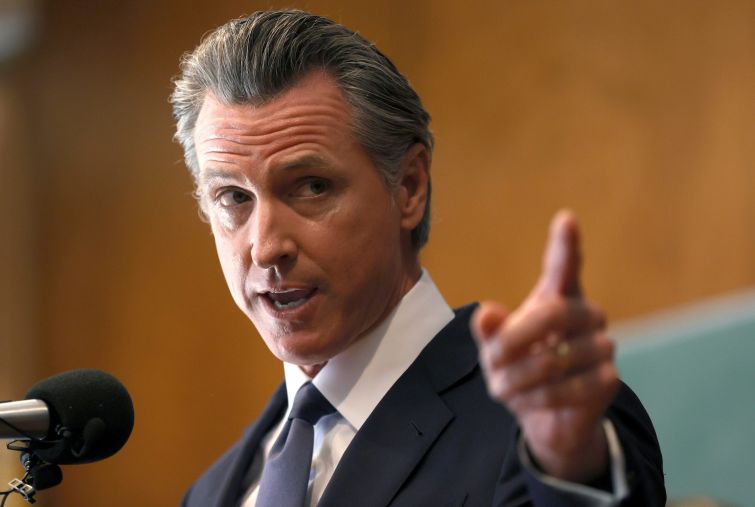 California Gov. Gavin Newsom speaks to union workers and volunteers on election day at the IBEW Local 6 union hall in San Francisco. The attempt to unseat and replace Newsom failed, with more than 64 percent voting to keep him in office. Photo: Justin Sullivan/Getty Images

The attempt to replace the leader of the nation’s largest state has failed, with more than 64 percent voting to keep him in office. If a majority had voted to recall the governor, radio host Larry Elder, who led a field of 46 candidates, would’ve replaced him.

Nearly 71 percent of voters in Los Angeles County and about 53 percent in Orange County voted against replacing the governor. After major news outlets called the election in favor of Newsom, he told reporters that the result showed more than just a no on the recall; it showed support for science, vaccines, and “ending this pandemic.”

The recall movement gained serious momentum after last November. The governor was pleading with Californians to stay at home as much as possible and avoid interacting with people from other households just before he was seen at a lobbyist’s birthday party at Napa Valley’s French Laundry, one of the most expensive restaurants in the country.

Before the “French Laundry incident,” the petition to recall Newsom had about 50,000 signatures. One month later, it had more than 500,000.

Thus, the recall election became a referendum on Newsom’s response to the coronavirus, which was stricter than most other states. Frustrations had mounted as restrictions on business were maintained or returned months after most anticipated. And landlords railed against the state for extending the emergency eviction moratorium.

But California lifted most restrictions before the summer as it gained control over the spreading coronavirus, and Newsom’s chances improved when Elder — who vowed to repeal the state’s mask and vaccination mandates — became the frontrunner.