Most of the state to trigger re-closures in the next couple of days for barbershops and hair salons, with more limitations on restaurants and retail 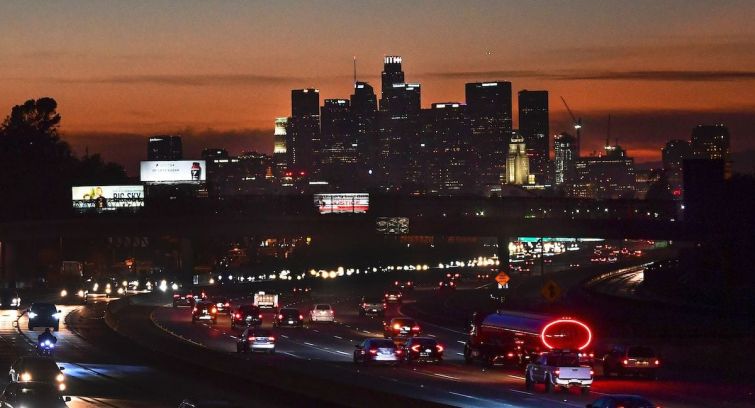 Governor Gavin Newsom announced new statewide bans on gatherings and "non-essential" activities, as hospitals face being overwhelmed by record COVID-19 cases. The limits will come into effect once 85 percent of intensive care unit beds have been filled — a development expected in four of California's five regions "as early as the next day or two." Photo by FREDERIC J. BROWN/AFP via Getty Images

It almost feels like it’s March again, as California and Los Angeles officials move closer toward shutting down the economy and issue increasingly dire warnings about the surging coronavirus every day.

Gov. Gavin Newsom again tightened restrictions this week and issued a modified version of March’s stay-at-home order. It will take effect on Saturday to help curb the “alarming” spread and ease the strain on hospitals.

The order’s restrictions are triggered in regions where the intensive care unit (ICU) availability falls below 15 percent, and they will last at least three weeks until the region’s availability is projected to be higher than 15 percent. Four regions, including Southern California, are expected to have less than 15 percent availability in the next couple of days, Newsom said.

Those regions must close places like hair salons, barbershops, bars, cardrooms and wineries. Restaurants will return to takeout service only, and retailers and shopping centers can operate indoors at 20 percent capacity limits. Residents will be required to stay at home as much as possible and “minimize mixing.”

“We are at a tipping point in our fight against the virus and we need to take decisive action now to prevent California’s hospital system from being overwhelmed in the coming weeks,” Newsom said in a statement, adding that he recognized that it’s difficult for small businesses who are struggling to get by.

Newsom’s order follows similar warnings and mandates issued by the city of L.A. and the L.A. County Board of Supervisors in the past few weeks. The county’s stay-at-home order took effect Monday, and on Wednesday, Mayor Eric Garcetti said “it’s time to cancel everything.”