The former Greenwich Village home of the Grove Press could be turned into condominiums. 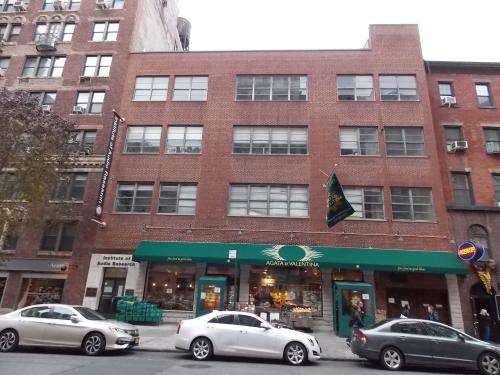 The decision for development was reached Tuesday, after bSafal filed plans with the Department of Buildings to construct a 28-unit, 11-story complex. The building will amount to 125 feet tall and amass 66,000 square feet.

The firm developed the building with the assistance of Argo Real Estate, which purchased the site back in 2019 for $30 million. At the time, the three upper floors were abandoned, and the building was essentially defunct.

“For the past 20-30 years, they were being used by an audio institute that went out of business, and it was just an abandoned building,” Ameesh Agarwal, bSafal’s president, told Crain’s New York.

In taking over the abandoned building, both Agarwal and designer Richard Nemeth promised to retain the style of the neighborhood’s architecture. Rather than construct a skyscraper at odds with the surrounding properties, Nemeth plans to revamp the old Grove Press home into something synchronous with Greenwich Village, the developer told Crain’s.

Yet, despite such assurances, neighborhood activist group Greenwich Village Society for Historic Preservation launched a campaign to fight the development. The organization has declared the neighborhood a historic district and a landmark of literary and civil milestones, pointing to Grove Press’ rich history.

Indeed, the prolific publisher has had a noteworthy past, making headways in the battle against censorship and successfully incited courts to reverse orders on bans of censored authors like Henry Miller back in its heyday.

While the publishing company won one neighborhood battle, the Village Preservation lost its own, failing to get the city on board with landmarking the building.

Back in 2018, the Landmarks Preservation Commission assessed the area and later declared seven buildings landmarks, but not 66 University Place.

“In our careful evaluation of 64-66 University Place, LPC staff did not find this 1958 building to merit consideration as an individual landmark,” a spokesperson for Landmarks said in a statement. “And in our extensive study of the large area Village Preservation requested the agency evaluate south of Union Square, we have not found it to rise to the level of a historic district due to the variety of building dates, styles, and types, and range of levels of integrity (intactness) and quality.”

This decision has resulted in frustration over both present and past zoning laws.

“More than five years ago we asked the de Blasio administration to change the zoning for this area to include affordable housing provisions for new residential development,” Andrew Berman, executive director of the Village Preservation, told Commercial Observer in an email. “They refused. We have also asked them to consider historic district designation for the area so that the many, many historically significant buildings in this neighborhood connected to the political, social, and artistic history of our city and country would be preserved. They also refused.”

He added that bSafal’s new condominium building will likely serve as investment properties, or second or third homes for wealthy owners — “perfectly encapsulat[ing] the disappointment which this mayor and this administration have been.”