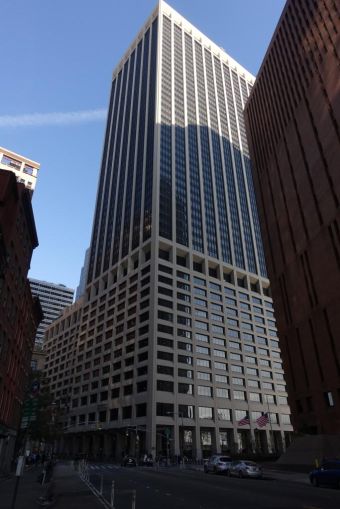 The company took the entirety of the 42nd and 43rd floors in the 53-story Financial District building, where it signed a 12-year deal with S&P Global. It will leave its current, 42,000-square-foot space nearby at Rudin Management’s 55 Broad Street for 55 Water in early 2022, according to its broker, Ruth Colp-Haber of Wharton Property Advisors. Asking rents in the building are around $59 a square foot, she said.

“It’s one of the largest leasing deals of 2021, and I believe it’s the largest subleasing deal of the pandemic,” said Colp-Haber, who described the deal as “the vanguard of the return to office and to New York City. It’s great to see a company like this committing to more office space.”

Colp-Haber represented DailyPay along with her colleagues Eric Haber and David Alperstein. CBRE’s Paul Myers and Michael Liss represented the sublandlord, S&P, which put 207,000 square feet of office space up for sublease last year. (A CBRE spokesperson didn’t immediately return a request for comment.) Emblem Health, another tenant in the building, put 163,000 square feet up for grabs during the height of the pandemic last year.

The Retirement Systems of Alabama owns the 3.6-million-square-foot building between Old Slip and Broad Street. Other tenants in the building include the NYC Education Retirement System, District Council 37, Justworks and Invesco.