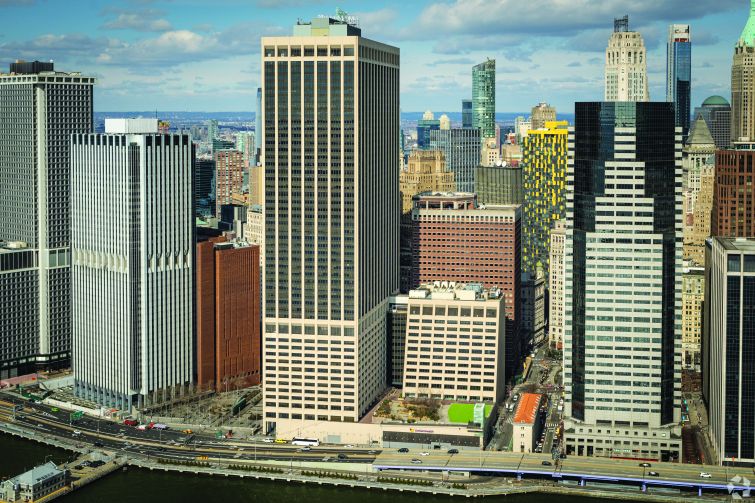 The office sublease tsunami predicted by some analysts might prove to be real — but despite gloomy forecasts of a “biblical-proportions” sublease flood that could swamp the market, the actual volume of space that tenants are trying to unload right now is less than it was one year ago, according to the latest data from CBRE.

Moreover, current sublease availability of 11.2 million square feet constitutes only 22 percent (as per CBRE) or 25 percent (as per Savills) of Manhattan’s total available space — around half the percentage in the months following 9/11 and the 2008 Wall Street crash.

The fear is about the future. There’s no doubt that more sublease floors will come to market in the months ahead. One broker told Commercial Observer, “Look out for August.” But forecasts of 1.2 million square feet rumored to come soon on the heels of nearly 600,000 square feet that are already expected, as a Newmark Knight Frank report suggested, can be based as much on supposition as on fact.

CBRE earlier reported that sublease availability actually fell in May to 234,000 square feet from 340,000 square feet in April. A recent report cited two large, previously known sublease offerings — 163,000 square feet by Emblem Health at 55 Water Street and First Republic Bank’s 151,000 square feet at 410 Tenth Avenue, where it signed on last year as the anchor tenant—as harbingers of much more to come.

In addition, cash-hemorrhaging flex-office provider Knotel might give the keys back at many or all of its Manhattan locations. (Disclosure: CO Chairman Joseph Meyer is an investor in Knotel.) CBRE Tri-State Research Director Nicole LaRusso noted that of the 1.2 million square feet predicted by some to come to the sublease market, about one-third, or 350,000 square feet, are for shared and flexible workspace tenancies.

A surfeit of sublease space can put downward pressure on asking rents for direct space. But the Manhattan office market is around 414 million square feet. While second-quarter leasing plunged 69 percent below the five-year quarterly average, asking rents held up at an average $81.30 per square foot, according to CBRE — a sign that owners aren’t yet spooked by the prospect of permanent work-from-home scenarios.

LaRusso said that more sublease offerings by all kinds of firms “are kind of lining up on the tarmac, but it doesn’t say ‘tsunami’ to me. There’s what you see as fact, and then there’s wild speculation.”

In a season of unprecedented uncertainty, it’s worth keeping in mind screenwriter William Goldman’s famous truism about forecasting Hollywood success: “Nobody knows anything.” What seemed concrete a few months ago can turn to mush. JP Morgan Asset Management’s sale offering at 125 West 55th Street — for which it hoped to fetch $550 million as reported in January — is now on a slower track. The bank is “assessing the situation,” a source confirmed, and might choose to negotiate tenant lease renewals instead.

As was the case after 9/11 and during the Great Recession, sublease space can mean two different things — floors that are officially on the market and “shadow space” that’s known to be available for the right price even though it isn’t listed.

“Then,” said a source who didn’t want to be named lest he alienate brokerages with whom he does business, “There’s the ‘maybe’ market. Some genius says, Company X doesn’t need all that space at Address Y — they could unload half of it if they want.”

Several dealmakers who usually play up the bright side of things declined to comment. Even as yet-to-be-leased, newly minted space is coming online at One Vanderbilt and at several Hudson Yards towers, and Larry Silverstein still lacks a tenant to get Two World Trade Center off the ground, Manhattan continues to lose office jobs to the pandemic, with around 150,000 office jobs lost so far amid the outbreak.

Savills noted that leasing demand plummeted to a record low in the second quarter. Even so, landlords and brokers are buoyed by word that at least a few firms are hunting for large blocks of space — including 200,000 square feet for Verizon, which is said to be checking out Three World Trade Center, Brookfield Place and Essex Crossing. (Verizon’s broker, Cushman & Wakefield’s Josh Kuriloff, didn’t get back to us.)

And of course there’s still the pending deal for Facebook to lease 740,000 square feet at Vornado’s Farley Post Office complex. We expected it to close earlier, though sources insist “it’s still on.”