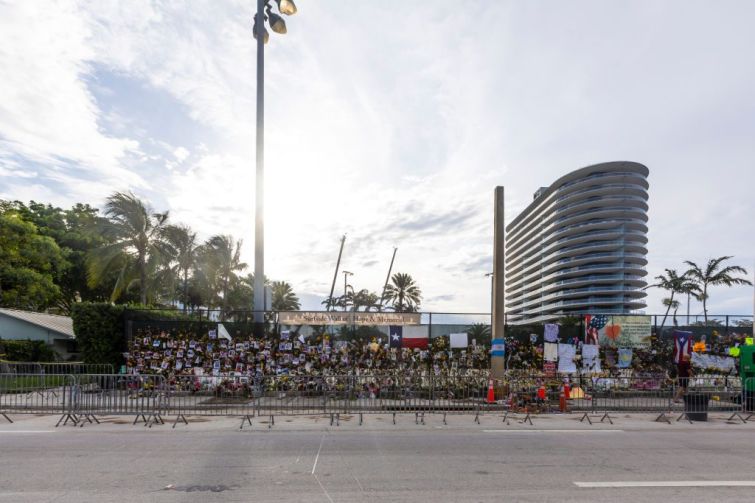 Despite opposition, the site of the fallen Champlain Towers South condo building in Surfside, Fla., will likely be sold by next spring, all but cementing the fate of the controversial parcel.

The site officially hit the market for $120 million last month. But to allow prospective buyers enough time to inspect the property, the final auction could only commence as early as late February, court-appointed receiver Michael Goldberg said in a court hearing Thursday, which took place over Zoom.

Miami-Dade Circuit Court Judge Michael Hanzman, who had hoped “to sell this property this year,” approved the timeline. A February auction is “what’s necessary in order to bring in the highest and best offers,” he explained.

In the next couple of weeks, the anonymous developer who offered the $120 million stalking horse bid, will have access to the site for 60 days to do their due diligence. Only after the stalking horse’s session is over will other potential buyers receive the same opportunity, bringing the schedule to late February, Goldberg explained.

Even though the sale proceeds will go towards compensating the victims and their surviving family members, some are fiercely opposed to it. The land on which Champlain Towers South stood is a “burial site for us,” Carlos Wainberg, who lost family members in the collapse, said in a court hearing last month. “To see a high-end development built would be very hard for all of us.”

Instead, Wainberg proposed a land swap, whereby the town of Surfside would forfeit its nearby community center to the winning bidder, allowing the Champlain site to become a memorial.

But after Surfside town officials struck down the plan earlier this month, Judge Hanzman made it clear that all other options had been exhausted and the sale of Champlain’s land would go ahead. He even urged the public to stop making pleas for an on-site memorial for fear it could spook prospective buyers.

“Everyone has the right to protest … but all that’s being accomplished is to possibly devalue this property and make it so the victims end up with less money,” Hanzman said. The property “will be sold — because it has to be sold,” he added.