Bidding could begin 'in 30 days or less' 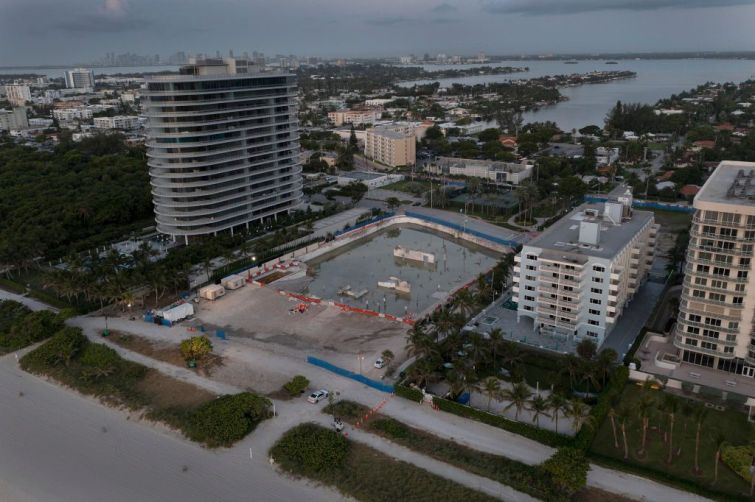 An unnamed developer bid $110 million for the site of the Champlain Towers South condo in Surfside, Fla., marking the first offer since the deadly collapse of the building.

If selected as the stalking-horse offer, the bid would increase to $120 million, setting the threshold for competing submissions, said Avison Young’s Michael Fay during a court hearing on Wednesday. Miami-Dade Circuit Court Judge Michael Hanzman, the presiding judge in several lawsuits filed against the Champlain Towers condo board, hired Fay pro-bono to facilitate the sale.

Fay hopes to go “live” — to begin marketing the property and the bidding process — in the “next 30 days or less”, the broker told Commercial Observer after the hearing.

“Everybody will know about the site, and everybody will have the same opportunity to bid on the site,” Fay said. He hopes to reach interested international buyers.

The Avison Young broker says he is now working with the bidder, who remains anonymous, to get the offer into contract, which Judge Hanzman gave 10 days to complete.

A sale would provide another compensation source for victims and their surviving families, in addition to any potential legal settlements and insurance payments. For developers, despite the tragedy, Champlain’s oceanfront location along Collins Avenue, an iconic strip that goes down to South Beach, presents an exciting opportunity for a new project.

But before any acquisition, the Surfside Town Council must first come to an agreement over zoning laws, Fay said. The municipality has been revising its rules for over a year, Mayor Charles Burkett told The Real Deal. Fay expects to get an answer by next week.

The change could reduce the number of units in a building and potentially diminish the value of the property, which Judge Hanzamn did not take too kindly.

“Let me make something clear,” Hanzman said in court. “I would hope that after this tragedy the town of Surfside is not seriously considering taking any action that would make this property less valuable and therefore lessen the amount that might be available to compensate the victims of this tragedy.”

Even in light of the calamity, Miami’s condo continues to surge as buyers hunt down new developments. The number of completed condo transactions jumped by 159.4 percent, when comparing the two weeks following the tragedy and the same period a year prior, according to data fro.m the Miami Association of Realtors. Prospective buyers weren’t deterred, either. Formal purchase negotiations grew by 77.7 percent during the same time period.