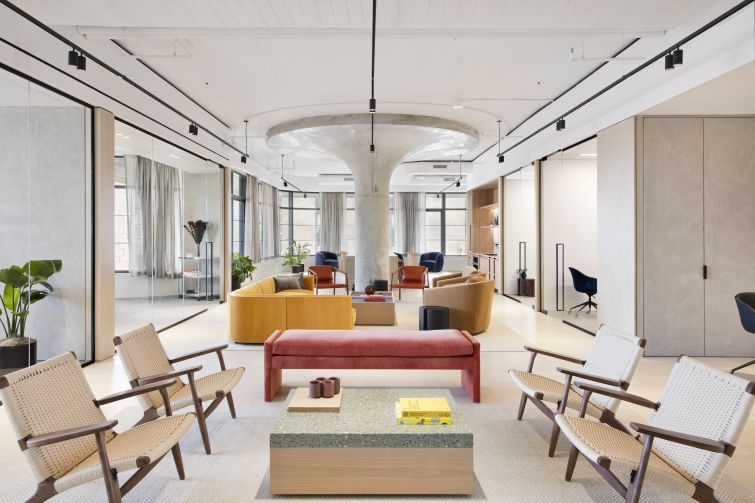 Fogarty Finger handled the design of this prebuilt suite on the fifth floor. Other tenants liked the look so much that they asked for similar spaces in the building, complete with furniture. Photo: Connie Zhao 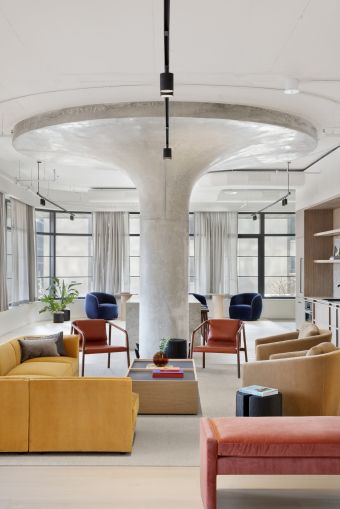 The designers at Fogarty Finger put in uplighting to highlight the building's large columns, which are a remnant of its history as a warehouse. Photo: Connie Zhao 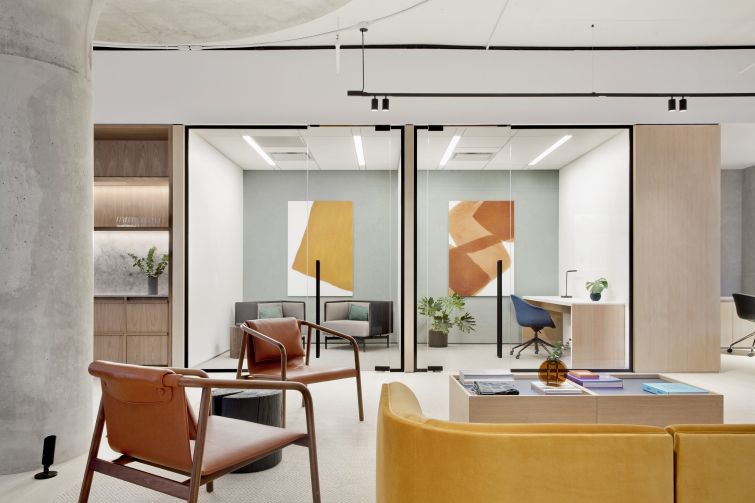 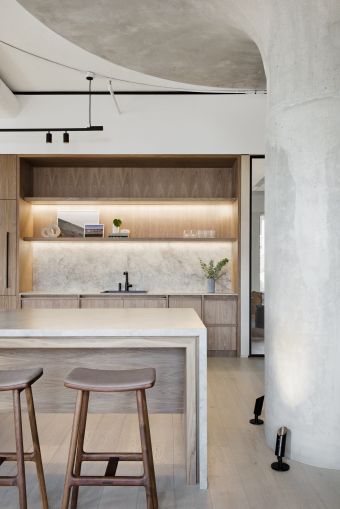 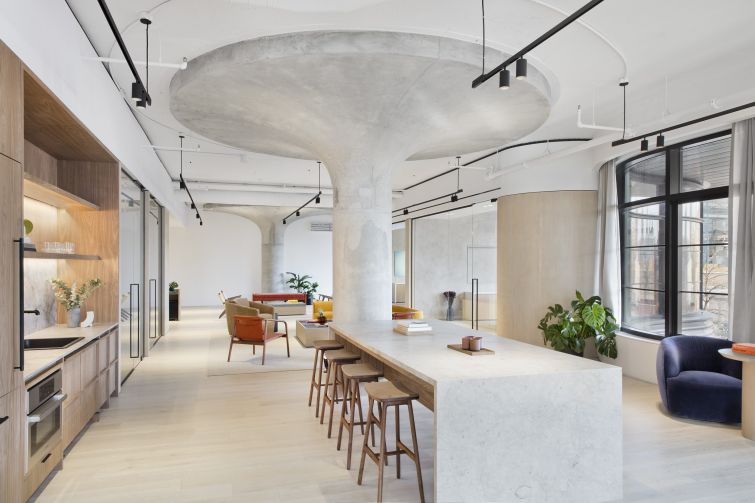 When Vornado Realty Trust and the Albanese Organization converted a parking garage into an Art Deco-inspired, boutique office building on the High Line in Chelsea, the developers realized the building at 512 West 22nd Street needed a similarly hip interior in order to attract high-paying tenants.

WarnerMedia signed on as the first tenant in the building, taking 20,000 square feet in September 2019. However, much of the property is leased to small financial services tenants, according to the brokers and architects.

When the building was still under construction in 2017, Vornado hired Fogarty Finger to design two prebuilt office suites on the entire fifth floor. The 18,600-square-foot space was designed and fully furnished in a midcentury modern style, with some industrial touches that are meant to reference the history of the building and the neighborhood.

The property was originally a cold storage warehouse, and it was later converted to a parking garage in the 1970s. The five-story garage retained the mushroom cap columns that are characteristic of many 1930s industrial buildings in New York City. Those columns were replicated in the upper six stories of the building, which are completely new.

The walls and columns were painted with lime washed paint to give the space an industrial feel. The furniture, meanwhile, consists of yellow, rounded midcentury couches, plush blue chairs, a red chaise lounge, and low wooden coffee tables with marble tops. A pantry area outfitted in light woods, a white marble island countertop and high wooden stools round out the lounge spaces.

“It was completely furnished, which is unusual,” said Garrett Rock of Fogarty Finger. “I think people really appreciated being able to get things situated without the delay of furniture or construction.”

Rock noted that they added uplighting around the mushroom columns, which makes them visible from the High Line at night.

Vornado waited out the pandemic construction freeze and started work on the two suites in June 2020. The fifth floor — which was leased to investment firm Hunter Point Capital and a second, unnamed tenant — was completed in December 2020.

Other tenants who toured the building wanted the buildout they saw on the fifth floor, so Fogarty Finger is designing similar offices for occupants of the fourth, sixth and seventh floors. The sixth floor is set to be complete next month, and construction has just begun on the seventh floor. Rock has just started construction documents for the fourth floor.

The building’s layout lends itself to creating attractive and light-filled spaces, he explained.

“It’s a very deep floor plan,” said Rock. “There’s a lot of space for communal lounges and pantries — like 40 percent of the floor is meeting space or hangout/pantry. And then, the desk space is much more about heads-down space.” He noted that having multiple lounge spaces help “democratize access to views” from the windows, which are large and offer a look at the High Line, the Hudson River and Lower Manhattan.