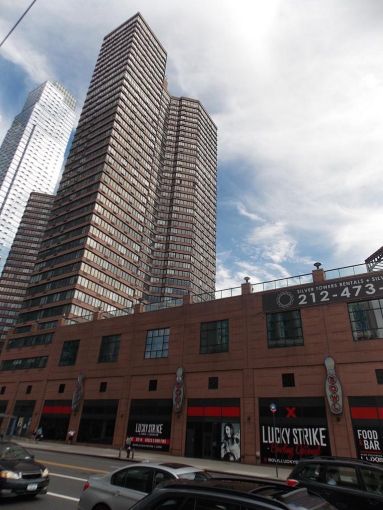 Silverstein Properties has secured $235 million in bridge debt from Greystone on its luxury rental development, River Place in Hudson Yards, according to records filed Wednesday with the New York City Department of Finance.

The financing consolidated and replaced about $230 million in previous agency debt from 2014 that had been originated by Wells Fargo, property records show. Law360 first reported the details of the transaction, highlighting law firm Ballard Spahr as the legal representative of the lender.

The property at 1 River Place is a 40-story, roughly 900,000-square-foot residential development with an alternate address at 650 West 42nd Street, located between 11th and 12th avenues, just a block away from Hudson River Park. Silverstein acquired the tower in the summer of 2003, according to city records and data from PropertyShark.

River Place sports a mix of more than 900 studio, one- and two-bedrooms units, with monthly rents ranging from around $2,600 for a studio to more than $6,250 for two bedrooms, according to the property’s website. The asset has more than 40,000 square feet of retail space, a nearly 45,000-square-foot parking garage and about 14,500 square feet of office space, according to PropertyShark. The retail space includes a variety of shops and attractions, including a nail salon, a dry cleaner, a convenience store, a coffee shop and a Lucky Strike bowling alley.

Amenities at 1 River Place include a 34,000-square-foot fitness center, an indoor basketball court, a children’s playroom and a 75-foot indoor pool. There’s also gated private parking and valet parking services on-site, as well as a daily shuttle bus that taxis residents to and from major subway lines, the Port Authority Bus Terminal, Times Square and the east side of Manhattan.

Outdoor amenities include a rooftop club and lounge, private waterfront event space, a sundeck with views of the Hudson River, two tennis courts with lights, and a quarter-acre public park with a children’s play area and a dog run.

A representative for Silverstein did not immediately respond to an inquiry.